A horror film has been banned in Germany because it infringes on the personality rights of the German man who killed and ate a voluntary victim on Christmas Day in 2001.

Rohtenburg is a horror film about a man who engages in very similar acts to Armin Meiwes, who was arrested in 2002 and convicted of murder in 2005. Meiwes took the case to assert his 'personality rights', which he said were infringed by the film's portrayal of a story that was clearly about him. 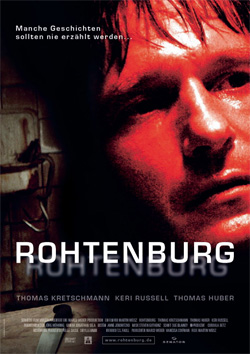 Frankfurt Regional Court agreed that the film, whose title is a pun on the place Rothenburg and the German for raw, 'roh', was clearly about Meiwes. It found that his personality right was more important than the right to artistic expression and banned the showing of the film in German cinemas.

The German constitution contains protections for an individual's personality. It says: "Every person shall have the right to free development of his personality insofar as he does not violate the rights of others or offend against the constitutional order or the moral law."

It recognises the right of free expression but also states: "Human dignity shall be inviolable. To respect and protect it shall be the duty of all state authority."

The German personality right is closer to the human right to a private life found in UK law than the personality right that exists in the UK's intellectual property regime. That right allows the author of a copyright work not to have his work treated in a derogatory way and also to be identified as author.

A statement from the Court said that while there was a right to artistic freedom this had to be considered after considering Meiwes's personality rights. "The freedom of art is not absolute," it said.

The ruling said that it was relevant that the film was a horror film and was intended merely to entertain and not to inform or explain. Although Meiwes had given interviews to the press and talked about the incident that did not strip him of all his rights, it said.

The Court looked into the degree to which the pursuit of artistic freedom interfered with the personality rights of Meiwes. It found that artistic freedom was not so powerful a right that it allowed for someone's life to be made into a horror film.

Meiwes advertised online for someone to be killed and eaten by him. Bernd Jürgen Brandes responded to his advert and tried to join Meiwes in eating his own severed penis before being killed and eaten.

Meiwes was arrested and in 2004 convicted of manslaughter. Prosecutors then changed their case and asked for a retrial in 2005, questioning whether Brandes was in a fit mental state to have given his consent to the killing.

Meiwes was convicted of murder and is serving an eight and a half year jail term. Reports have emerged that in prison he has become a vegetarian.