Standing on the shoulders of clowns

The Edinburgh Fringe festival gets underway a week on Saturday (3-25 August) but ever since tickets went on sale the box office system has suffered several major technical cock-ups.

As we previously reported, tickets were supposed to be generally available to punters on 9 June, but festival organisers admitted that they had been forced to suspend sales until problems with their computer system were fixed. 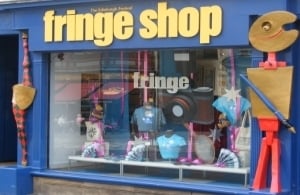 The Fringe launched its new Liquid Box Office electronic system, supplied by Glasgow-based Pivotal Integration Ltd, in June. However, it failed to cope with customer demand for the festival’s 2,088 shows.

Organisers enlisted the help of their web support company, Kraya, on 17 June. It replaced the botched system with a new one that should have allowed people to buy tickets in person at the box office, and by phone and online.

Sadly for the Fringe, and its increasingly frustrated customers, the Kraya system had one major flaw: it couldn’t print the tickets.

By that time the firm was confident enough to revert back to Pivotal Integration’s system on the understanding that it had resolved all technical glitches. But the Fringe organisers then suffered another embarrassing setback with the new system when they discovered tickets couldn’t be printed fast enough to clear orders already received.

The Fringe was forced to take yet more drastic measures at the start of this week, once again halting counter and telephone sales in an attempt to clear a huge backlog.

Tickets are now back on sale and the Fringe is currently carrying a message on its website assuring some 150,000 people that have already paid for the event that tickets are being printed and posted out just days before preview shows kick off.

"The first batch of 27,000 tickets for the preview week of the Edinburgh Festival Fringe will be posted today (Wednesday 23 July). All tickets from this batch will be posted first-class and should arrive with ticket buyers before previews start on July 30."

It added that regardless of its box office technical blunder: "The Fringe will go ahead as planned and no shows have been cancelled because of ticketing difficulties."

Knock, knock! Who's there?

El Reg asked the Fringe if it could provide us with more details about the technical cockups encountered with the new box office system.

A spokesman at the firm told us: "We have had problems with ticket printing and we are working closely with our ticketing system supplier Pivotal Integration to make sure that customers have the tickets as soon as possible." He added that over 100,000 tickets will have been posted out by today.

"We are absolutely clear that the Fringe will run as planned and we would encourage everyone to continue buying tickets for shows. We are focused on delivering an excellent festival for artists, venues, audiences and all other stakeholders," said Fringe director Jon Morgan.

"Everyone involved at the Fringe has put in a fantastic amount of effort to get tickets out so that people can enjoy the shows they are looking forward to."

At time of writing Pivotal Integration could not be reached. According to Companies' House records, the firm's director Andrew Trevor Lloyd quit on 24 June. ®