Dell has unveiled a range of miniature PCs aimed at anyone looking to minimise their electricity consumption and maximise their desktop space.

According to the manufacturer, the Studio Hybrid PC line is “energy efficient” because it uses roughly 70 per cent less power than a typical desktop PC. This is achieved, in part, Dell claims, by designing the PC to be about 80 per cent smaller than the typical desktop. 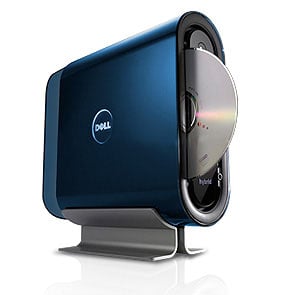 A Blu-ray drive is optional

An 8-in-1 media card reader can be built into the PC, but as standard it comes with an integrated HDMI port for, say, direct connection into a compact camera or camcorder. Five USB ports are included too.

A RF wireless keyboard and mouse are also thrown in, but the machine doesn’t come with a display as standard.

Dell’s Studio Hybrid line is available now online in the UK, with prices starting at £400 (€505).