Here's the breakdown of the line-up:

Both models can be fitted with a 1066MHz Intel Core 2 Duo processor and up to 4GB memory. Graphics are handled by an integrated chip. 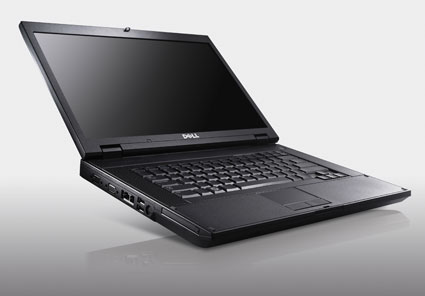 They use a 2.8GHz Intel Core 2 Duo chip and add a 256MB Nvidia graphics card to the mix. Max memory is 8GB. The notebooks also come with a 64GB solid state storage option. Choosing a spinning platter for storage bumps the max capacity up to 250GB.

Dell is currently selling the systems with a brushed aluminum paint job, but will add red and blue color options in September. The laptops also now include a handy eSATA port for big file transfers. 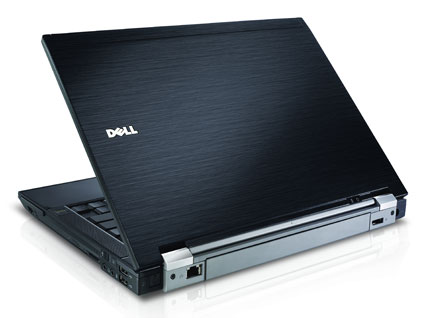 Hardware abusers get the E6400 model (starting at $1569), which comes with most of the hardware in the E6400 inside a sturdier frame.

These rugged laptops meet 810F military standards for dust, vibration, and humidity resistance and promise a screen with 750-nit brightness for outdoor viewing.

Perhaps the most exciting of the bunch are the ultra-portables. This is Dell's attempt to approach the netbook market without cannibalizing its own sales.

Pricing hasn't been revealed yet, and they're expected to ship in September.

The 13.3 E4300 runs on a 2.4GHz Core 2 Duo with integrated graphics. Storage options include a 64GB SSD or spinning platter with up to 160GB capacity.

Ports include FireWire, two USB ports, and one eSATA.

This is also where Dell is getting into wild colors. Pink, ladies and gentleman. In addition to blue and red, the computer comes in pink. And you know what, it actually looks pretty slick in person. 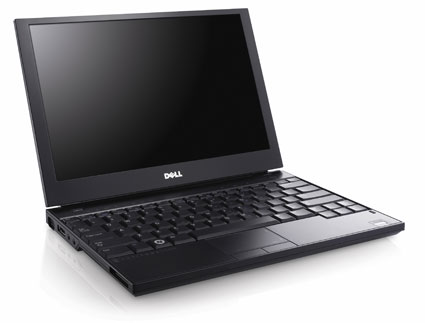 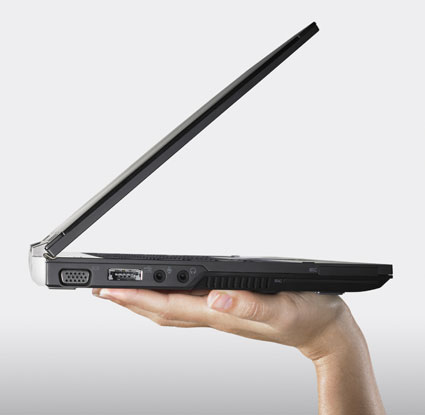 Hand not available where prohibited

Dell promises a very impressive 19-hour battery life on its E6400 Latitude laptop — but there is a hitch.

The computer actually get around ten hours on its standard nine-cell Lithium Ion battery. The advertised battery time includes an additional 12-cell battery "slice" that connects to the bottom of the laptop, and, of course, costs extra.

Dell also previewed an upcoming feature for its notebooks called Latitude ON which allows near-instant access to basic functions such as e-mail, calendar, and internet without booting into the system's main OS.

The technology has already been making rounds in various shapes and sizes such as DeviceVM's Splashtop and Phoenix Technologies' Hyperspace. We've been expecting a major vendor to scoop this up, much to the chagrin of Microsoft.

More info about Latitude ON is expected to be released later this year. ®