Preview The mobo in our pics may look like a VIA SN18000G, which sells for about £150 with a 1.8GHz C7 processor, but it’s more exciting: it's a reference board for VIA's would be Atom-smasher: Nano.

It's designed to demonstrate the new 1.8GHz VIA Nano L2100, to be precise. The CPU's fabbed at 65nm and is set to consume no more than 25W of power. It supports the Intel's SSE 3 instruction set. It runs on an 800MHz frontside bus, and in many respects it's the least interesting model in the Nano range. 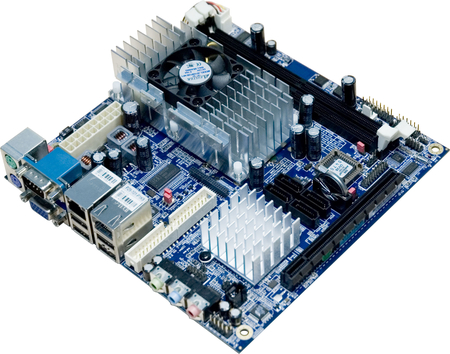 If there is any rhyme or reason to those model codes, it has completely passed us by.

VIA supplied a reviewer’s guide with the Nano kit and this compares the chip with Intel’s Atom, and as we have reviewed the 1.6GHz desktop Atom 230, we’re all set to put the Nano through its paces.