LG has confirmed it will release an eight-megapixel cameraphone this year - even as details and juicy pictures emerged online of what the release is expected to be: the KC910. 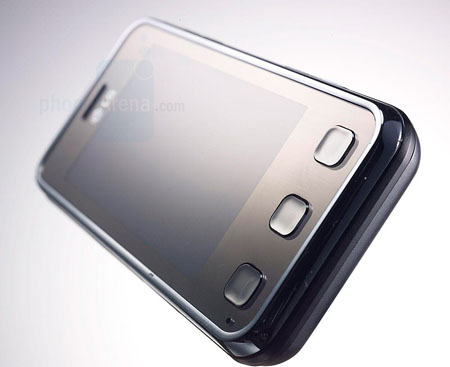 According to a report by Phonearena, "preliminary information" obtainted by the site states that the handset supports quad-band GSM/GPRS/Edge connections and HSDPA 3G connections of up to 7.2Mb/s.

Imaging is the phone’s major selling point, though. It has an eight-megapixel camera with a xenon flash. The camera’s focus can be manually adjusted, while face, smile and blink detection are all present.

Blurred images can be eradicated thanks to the phone’s image stabiliser and the talker’s top ISO sensitivity of 1600 is enough to rival some compact cameras.

Micro SD memory cards are used for storage, but data can be moved around over USB and Bluetooth. Wi-Fi connectivity’s also on-board and geo-tagging fans are catered for.

LG’s KC910 is expected to land in Europe during October, and an LG spokeswoman told Register Hardware that the company will launch an 8Mp phone "sometime this year". A price hasn’t been snapped up yet.