Logitech wants you to feel the force, the Speed Force, that is, integrated into the first Wii driving wheel capable of providing feedback to vibration-addicted speed freaks. 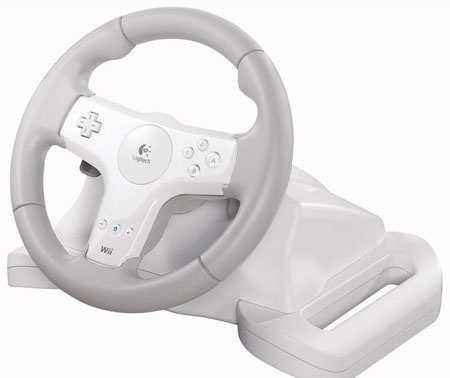 Accelerator and brake controls are positioned on the wheel itself, so there’s no need for pedals. A lap-rest comes with the wheel, making a comfy sofa-seated drive a distinct possibility.

The 2.4GHz wireless driving system communicates with the Wii over a USB receiver and will operate at up to 9m (30ft) away from the console. It’s worth noting that Speed Force Wireless requires a mains power connection, so it's not entirely untethered.

Logitech’s Speed Force Wireless racing wheel is expected to be available in the US and Europe from November, priced at around $100 (€75/£50).