When Sony announced the PlayStation Portable PSP-3000 yesterday, it didn’t show the new model’s “advanced” LCD in action. Thankfully, the web has come to the rescue. 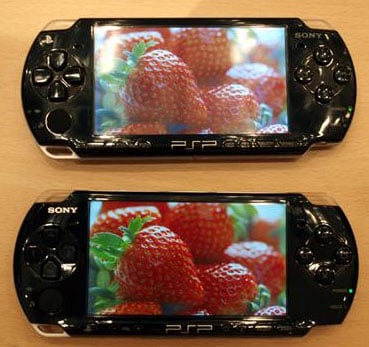 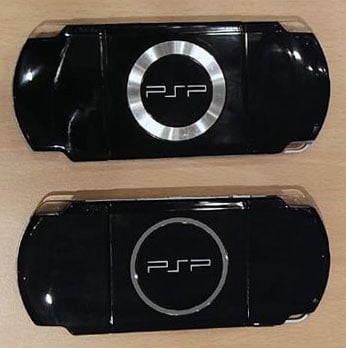 The PSP-3000's UMD draw (bottom) has been restyled

The fruits of Sony’s labour are clear in these pictures from website Famitsu. The strawberries on the PSP-3000’s screen are much sharper and clearer than those on the PSP-2000’s screen.

Glare from surrounding lights is also greatly reduced by the PSP-3000’s screen.

Pictures of the PSP-3000’s UMD bay have also emerged, showing that the historically thick silver ring around the “PSP” text has been reduced to a thinner silver ring.