IFA Measuring a super-slim 38mm at its thinnest point, the Essence HD LCD TV boasts a refresh rate of just 2ms and a full 1080p resolution. 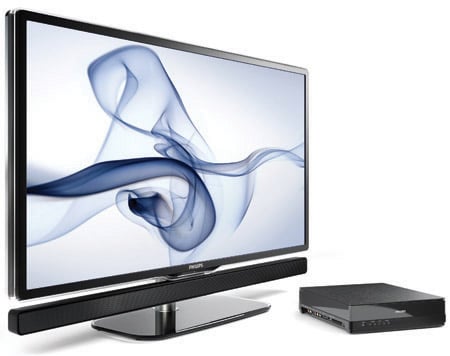 Along with the screen, the Essence - model number 42PES0001 - comes with a "connectivity hub" tuner box into which you connect all the source cables, including video, power and audio, and out of which just one cable extends up to to the display itself.

However, the TV's IR receiver it still located within the display housing, so the cable box can be tucked away out of sight.