Microsoft said the right things, then blew it

Comment In March, Microsoft announced that their upcoming Internet Explorer 8 would: "use its most standards compliant mode, IE8 Standards, as the default."

Note the last word: default. Microsoft argued that, in light of their newly published interoperability principles, it was the right thing to do. This declaration heralded an about-face and was widely praised by the web standards community; people were stunned and delighted by Microsoft's promise.

This week, the promise was broken. It lasted less than six months. Now that Internet Explorer IE8 beta 2 is released, we know that many, if not most, pages viewed in IE8 will not be shown in standards mode by default. The dirty secret is buried deep down in the «Compatibility view» configuration panel, where the «Display intranet sites in Compatibility View» box is checked by default. Thus, by default, intranet pages are not viewed in standards mode. 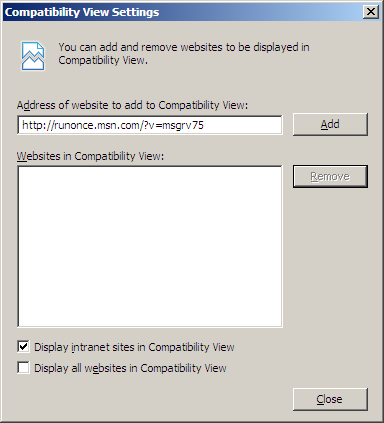 How many pages are affected by this change? Here's the back of my envelope: The PC market can be split into two segments — the enterprise market and the home market. The enterprise market accounts for around 60 per cent of all PCs sold, while the home market accounts for the remaining 40 per cent. Within enterprises, intranets are used for all sorts of things and account for, perhaps, 80 per cent of all page views. Thus, intranets account for about half of all page views on PCs!

Furthermore, web standards are discriminated against in IE8 by the icon that appears next to standards-compliant web pages:

I have a few suggested remedies. First, I suggest that IE8 not introduce version targeting which only perpetuates the problem of non-compliant pages. Instead, IE8 should respect the established conventions which don't need manual switching between modes. If Microsoft insists on displaying some kind of icon next to standards-compliant web pages, I suggest they use this image instead: 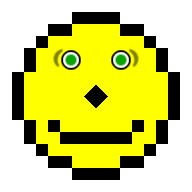 Microsoft has a long-standing tradition of saying the right things about standards, but shipping non-standard products. IE8 could be different. Microsoft have done the hard technical work. They've made a promise they can keep. I call on them to make the right choice. ®