The updated DVR sports a revamped faceplate but follows the standard hi-end amplifier look of TVonics' digital video recorder range. In addition to a fancier fizzog, the DTR-Z500 packs in 500GB of programme storage - enough for 250 hours of digital telly and radio, the company said. 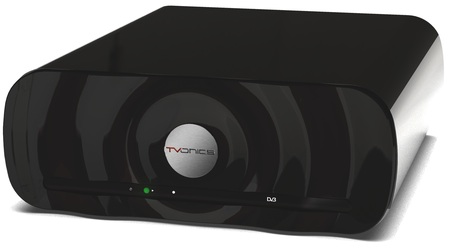 The Z500 incorporates two tuners to allow you to simultaneously watch or record one channel while your recording another. Pick your viewing from the integrated eight-day programme guide.

Since the machine meets the Freeview+ spec - formerly known as Freeview Playback - so owners can set the box to record entire series of shows.

It's got the same ports as its chunkier partner and the same eight-day EPG, but it packs in Audio Description support - spoken descriptions of on-screen action for the visually impaired.