Other models get hard drive boost

MSI has made some modifications to its Wind line of Small, Cheap Computers, upping the storage capacity of the standard model and introducing a cheaper model. 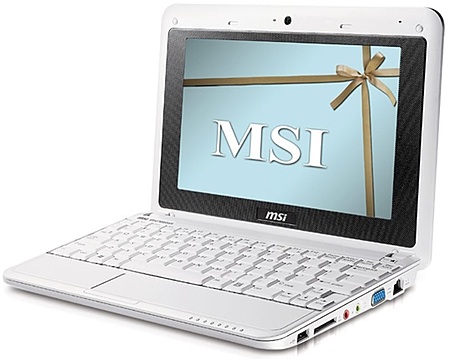 The new model, dubbed the U90, comes with an 80GB hard drive. The current, 10in model, the U100, immediately gets a hard drive upgrade, to 120GB - the better to compete with rival SCCs, most notably Acer's Aspire One. 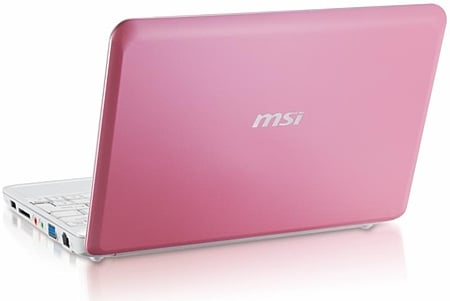 It's cheaper in pink, too

All the machines come with a 1.6GHz Intel Atom processor, 1GB of memory, 802.11b/g Wi-Fi, Bluetooth 2.0, a 1.3-megapixel webcam, three USB ports, an Ethernet connecter, VGA out and an SDHC card slot.