The way senior vp Jonathan Rosenberg tells it, Google will gradually tweak its AdWords ad platform until it displays almost no ads. Ad "coverage" on the world's largest search engine has certainly shrunk over the past several months, and when the subject was mooted during July's quarterly earnings call, Rosenberg attributed this steady shrinkage to Google's "continued focus on quality" advertising. "[Google co-founder] Larry [Page] says we'd be better off showing just one ad [per page] - the perfect ad," Rosenberg cooed, indicating that coverage would shrink even further.

But then, in a rare moment of Google candor, the other co-founder told listening reporters and financial analysts that Rosenberg's "perfect ad" nonsense was indeed nonsense. "There is some evidence that we've been a little bit more aggressive in decreasing coverage than we ought to have been," was the word from Sergey Brin. "We've been reexamining some of that."

His candor was fleeting. But with the company's second quarter profits dipping below Wall Street expectations, it looked an awful lot like Brin and company were on the verge of cranking the dial on their AdWords money machine and cooking up added profits for quarters three and four - and beyond. Remember: More coverage means more clicks, and more clicks means more money.

Well, little more than a month later, Google has announced significant changes to its ad platform. Most notably, the company is killing AdWords' much-discussed "minimum bid," a means of discouraging what Google considers "low quality" ads. The changes have yet to reach the web at large. Google is testing the waters with "a very small segment of advertisers." But search engine marketers - and Wall Street analysts - can't help but wonder if this is Google's play for more coverage. And more revenue.

Meanwhile, as Jonathan "Perfect Ad" Rosenberg himself let slip during that shockingly-newsworthy earnings call, Google continues to expand a coverage-happy AdWords beta known as "Automatic Matching." Believe it or not, Auto Match spends your excess ad budget on keyword searches you aren't actually bidding on, and judging from initial tests, it empties your wallet just as pointlessly as expected. 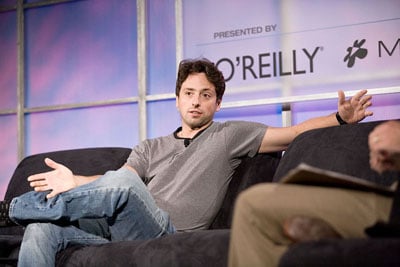 Testing Auto Match with a seasoned Google advertiser, the Dallas, Texas-based search marketing outfit KeyRelevance saw spending increase 600 per cent on a single ad campaign, and most of that extra dough was spent on keyword searches that had little or nothing to do with the advertiser's products.

Google insists it's only interested in serving up relevant ads, satisfying both advertisers and web surfers. But this commitment to quality goes only so far. Google is also interested in making lots of money, and as the economy continues to soften, it's worth remembering Mountain View has the power to juice profits whenever it likes. With AdWords controlling 70 per cent of the search advertising market, even the slightest turn of the dial can mean millions.