Remember Rooster Cogburn, that aggressive old man with one last stand left in him? Word is that Microsoft will make a splash on Monday around Hyper-V and System Center Virtual Machine Manager with a host of supporting supplier statements. 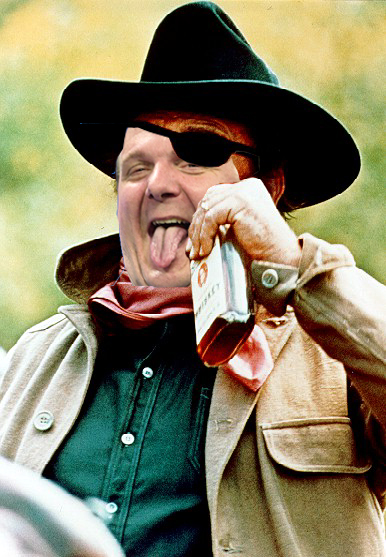 Anyway, it got me thinking ... Hyper-V is Microsoft's answer to VMware, the software that is itself an answer to Windows' appalling multi-tasking. Somehow a server can run more applications if, instead of the OS alternating resources between them, a hypervisor alternates resources between OS+app combinations. Seems odd to me, kind of like an interstate being able to take more trucks than cars. Then I'm no computer scientist.

We can look at Hyper-V as the traditional kill-the-competition Microsoft response which has been so successful in the past against things like Word Perfect, the Lotus spreadsheet and the Netscape browser. Or we can pause a mo' and think that maybe the world is changing. Adding new software integrated with your OS isn't going to cut it any longer for Microsoft.

Firefox is doing nicely and the assorted Berkely bunch, the aggregated Unix-Linux hordes, haven't been killed by Windows. Google has shown what a burst of great software engineering can do with Chrome - that browser flies like a fighter plane it's so quick.

Windows is a gigantic customer base across Server, PC, notebook and gaming console platforms but it is no longer all-powerful and alternate software platforms and apps exist and grow. Somehow I doubt that Netbooks will find Windows Vista much use. Why slim the hardware and load bloated software? (Dell's latest Inspiron uses XP and Linux and not Vista.)

Midori, the return to basics and think again, let's think the unthinkable and ditch the Windows legacy baggage, development shows that Redmond isn't about to relax into a keep-the-base-happy mode of operating, like Unisys say. But it isn't a spring chicken any more, strutting around instead like an ageing rooster. Is Steve Ballmer really Rooster Cogballmer? Is Hyper-V Cogballmer's last stand?®