Parisian technology company Musinaut has introduced what it hopes will be the digital music successor to the MP3 format.

Dubbed MXP4, the file type allows content owners to embed a whole lot more data than the MP3 format does, including lyrics, interactives and remixes of the song - Musinaut calls them "skins".

Each skin is created when the user chooses one of the skin options. The version of the track is mixed up there and then from the musical elements loaded into the file, according to the rules encoded by the artist.

Musinaut claimed, for instance, that a band might offer, say, rock, reggae, jazz and electro-pop skins of a song, stored as a set of six-track recordings. Each skin appears as a button in the player app. Clicking on a button triggers the remix, and playback commences once that's done. Skins can reflect musical genres, moods, locations or any other categorisation the artist fancies. 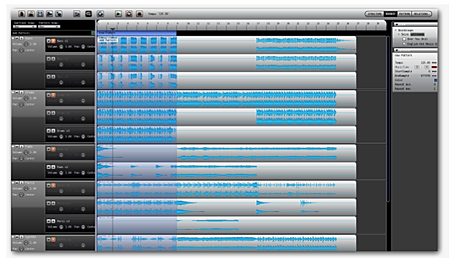 Text and images can be set to appear in time with the music, allowing artists to embed "read-along, play-along and sing-along" information, Musinaut claimed.

Playback is free, thanks to a gratis player app - it runs under Windows and Mac OS X, but not Linux - though taking a track and turning it into a MXP4 file involves purchasing a £279 tool.

The audio within the MXP4 file is encoded in a choice of Ogg or WAV, depending on the quality:size balance the creator wants to strike.

All well and good, but does the world need another music format? Musinaut's pitch is that MXP4 will enable greater creativity. We can see it appealing to the kind of artist - and fans - who go in for endless remixes of a given song, but will ordinary listeners care?

Back in the 1990s, Todd Rungren released a CD that came with software that allowed fans to change the mood, style and tempo of each track to an almost infinite degree. It never established a trend.

And if any named MP3 player maker is to build support for MXP4 into their hardware - and surely that's essential to the format's success outside of a niche - Musinaut isn't saying so yet.