Review Although Western Digital's VelociRaptor is a new model name, you can trace the roots of this new hard drive all the way back to 2003.

The original WD360 Raptor hard drive was something of a one-trick pony as it had a tiny 36GB capacity but could boast the 10,000rpm spin speed that became the signature of the Raptor family. 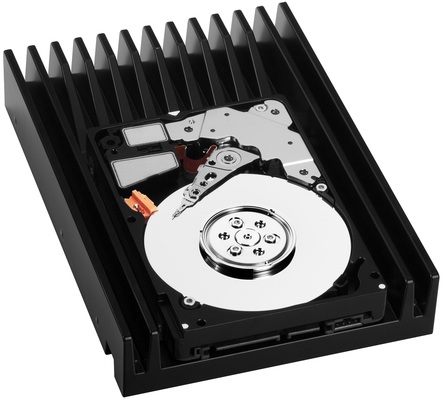 WD's VelociRaptor WD300GLFS: you're so vaned

The single-platter WD360 was updated to a 74GB twin-platter model, the WD740, later in 2003. It improved performance as well as capacity by adding Tagged Command Queuing (TCQ). The bearings were improved to reduce noise levels.

In 2006, WD launched the WD1500 Raptor which increased capacity to a useful 150GB and added Native Command Queuing (NCQ) as it was a native SATA design rather than an IDE drive with SATA tacked on the back.

VelociRaptor is the fourth-generation Raptor and it’s available in two versions: a single-platter, two-head 150GB model that costs £130 and this two-platter, four-head 300GB model that's twice the capacity but only £50 more expensive. 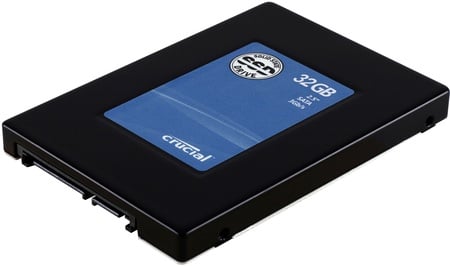 Let’s get the value for money consideration out of the way before we go any further. Over the past few years, hard drives have dropped in price to the extent that the 1TB Hitachi 7K1000 that we used for comparison in testing costs £94, which works out to a mere 9p per gigabyte. That’s quite remarkable considering the headline-grabbing terabyte capacity and the blistering performance of the 7K1000.

Do not try this at home: Man spends $5,000 on a 48TB Raspberry Pi storage server