Review After leaks galore about Intel’s foray into solid-state drives, we’ve finally got our hands on an 80GB X25-M - dial 'M' for 'mainstream'. 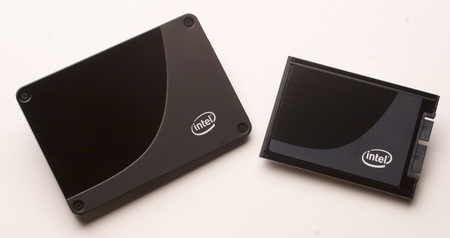 In Q4, Intel will introduce the Extreme X25-E - 'E' for 'extreme' - SSD in 32GB and 64GB versions for the server market but these are a different kettle of fish to the X24 and X18 as they use single-layer cell (SLC) NAND Flash memory where the M uses multi-layer cell (MLC) NAND Flash. 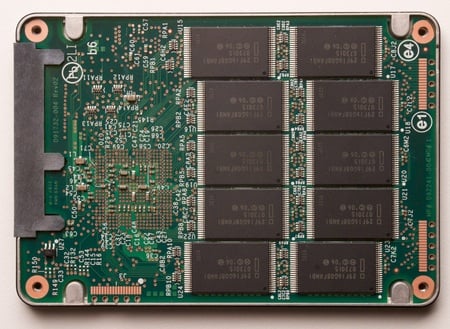 Using different cell technology means that the extreme products have far higher write speeds than the mainstream products: 170MB/s compared to 70MB/s, although the read speed is the same, 250MB/s for both series. No doubt the price will also be extreme, but the kicker for desktop PC jockeys is the lower storage capacity.