A high frame rate ensures the capture of fast-moving images that cameras with slower frame rates simply blur out. So Casio has expanded its Exilim range with a super speedy snapper. 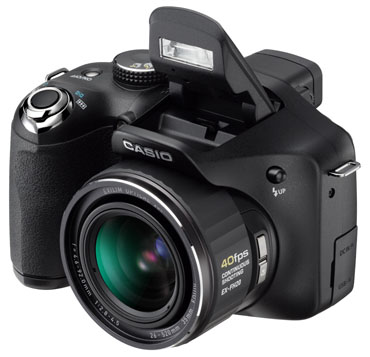 The EX-FH20 captures still images in rapid fire burst mode at up to 40 shots a second, and videos at a maximum of 1000f/s. It’s worth noting that when you’re notching up 40f/s still snaps, the 9.1-megapixel camera suddenly lowers itself to a seven-megapixel snapper. 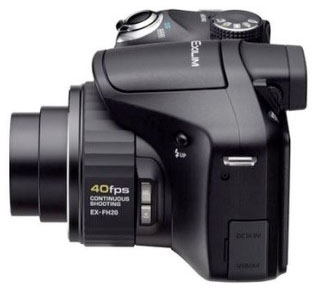 The camera has a maximum ISO sensitivity of 1600 and comes as standard with a 26mm wide angle zoom lens, allowing for a 20x optical zoom. 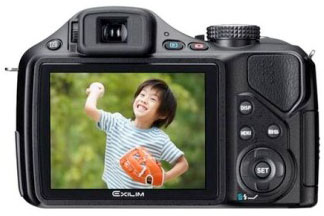 The EX-FH20 has the same YouTube capture mode that’s been featured on existing Exilim cameras, such as the EX-Z150. All the standard image enhancement features are also included, such as anti-shake and 18 pre-set shooting modes.

Content’s recorded onto SD memory cards and although there’s no HDMI port for linking the camera into your telly, a USB port does feature. Images and video can be viewed on the camera’s 3in LCD.