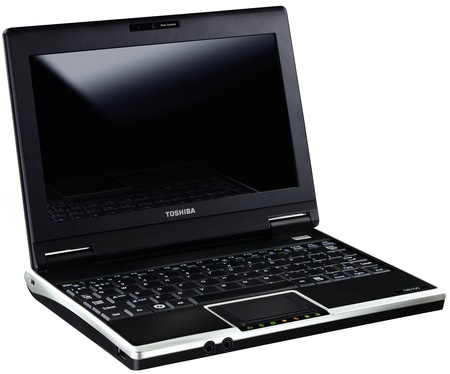 Toshiba claimed at battery life of just shy of four hours. It didn't state a battery capacity, but the pics suggest we're looking at a big, six-cell pack.