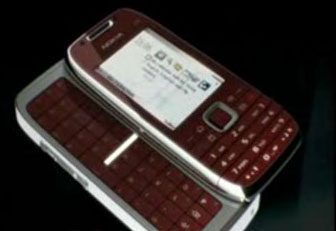 Although the YouTube video is most likely a stab at viral marketing, the polished performance shows one device called the E72 and another dubbed the E75. 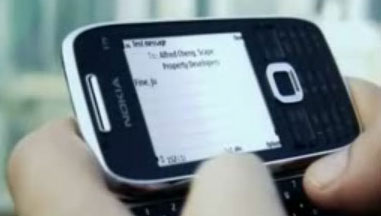 The E72 is quite a narrow talker, with an equally narrow Qwerty keyboard that slides out from underneath. An accelerometer recognises which orientation the phone’s being held in, suggesting that the phone’s also set-up for viewing pictures and videos in either orientation. 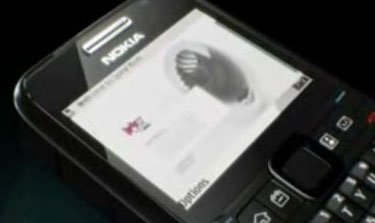 It’s worth noting that an E72 already exists though, but not from Nokia. It's from rival phone manufacturer BenQ.

The E75’s a wider handset than the E72, but looks more like a business orientated talker akin to the existing E61i. The E75 doesn’t sport a slide out keyboard.

A release date or price for either model isn’t known yet.

Updated
Since we wrote this story, the video's been pulled. But if you missed it, we've added a couple of pictures to show you what you missed.