Parting is such sweet sorrow...bitch 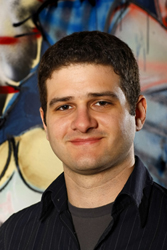 Moskovitz was Mark Zuckerberg's roommate at Harvard University when they founded the social networking website while still students. His work at Facebook has mostly been out of the public eye — although he'd occasionally show up for various project debuts like the Facebook for Blackberry app.

In a message left on his Facebook page, Moskovitz said he and Rosenstein have been working on business software for Facebook.

"But at some point it became clear that doing so wouldn't be good for Facebook or for us," he wrote.

Moskovitz stated he would be leaving the company in about a month.

"Dustin has always had Facebook's best interest at heart and will always be someone I turn to for advice," Zuckerberg said in a statement. ®