Black boxes to keep Black's firm in the black

Billions of pounds of public money will soon be up for grabs for private IT contractors ready to serve the Interception Modernisation Programme - UK spy chiefs' plan to store details of every call, email, text and web browsing session.

And The Register has learned that one plugged-in firm is better poised than most to profit.

The ongoing push in Whitehall to establish a central database of all UK communications data went mainstream this weekend, with eerily similar reports surfacing in The Sunday Times, Sunday Telegraph and Scotland on Sunday. Most of the news was uncovered by El Reg two weeks ago, although it now seems insiders are willing to put a figure on the cost of the project: £12bn. 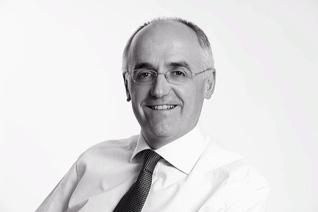 That price tag would have the Interception Modernisation Programme (IMP) - as MI6 and GCHQ envisage it - vying for the dubious honour of most expensive IT project in UK history. Its only challenger would be the oft-troubled NHS National Programme for IT (NPfIT), which the National Audit Office said in 2006 is set to run to £12.4bn.

It's sobering to bear in mind that the original cost for NPfIT touted by ministers was just £2.3bn. Reg sources say Treasury officials are already extremely concerned about how massive a hole an overbudget IMP could blow in spending plans.

Such fiscal collywobbles are of course unlikely to dampen the enthusiasm that the intelligence agencies' plans are being greeted with in the private sector. As we reported in August, a pilot project is in the works and funds were allocated last year. This weekend's reports reveal that the first probes at a fixed line telco/ISP and a mobile operator are backed by £1bn.

And in one of the very few public pronouncements on IMP, Home Office minister Lord West made it clear in July that contractors would benefit from the outset: "The private sector is likely to play a major role in this work [the feasibility pilot] and the programme will be conducting a competitive tender and entering commercial negotiations to commission its services".

Detica will very likely be among the first to profit from the IMP bonanza. Based in Guildford, it might warrant the title of The Most Important IT Company Most People Have Never Heard Of. According to sources with knowledge of systems that have long allowed GCHQ to eavesdrop on phone calls, Detica owns and operates the current "black box" infrastructure under contracts funded by the secret intelligence budget.

In contrast to that arrangement, the proposed central communications database would not target the content of calls, emails, texts and other communications; rather, MI6 and GCHQ want to retain the powerful, searchable data detailing who contacted whom. Trust trumps everything in this field, and Detica is a shoo-in to deploy and operate new probes that will be needed in all the major fixed line and mobile communications operators.

Next page: BAE Systems and the friends of Detica
Page: