Satellite imaging outfit GeoEye has released the first pic from its GeoEye-1, launched on 6 September and destined to provide hi-res snaps for Google's all-seeing Earth and Maps services.

The image in question is of Kutztown University, Pennsylvania, caught on camera while the satellite was "moving north to south in a 423-mile-high (681 km) orbit over the eastern seaboard of the US at a speed of four-and-one-half miles per second": 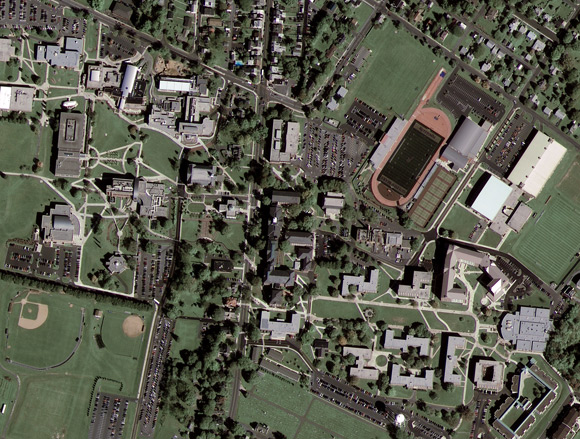 GeoEye has bigger versions of the image here, which demonstrate some crisp detail: 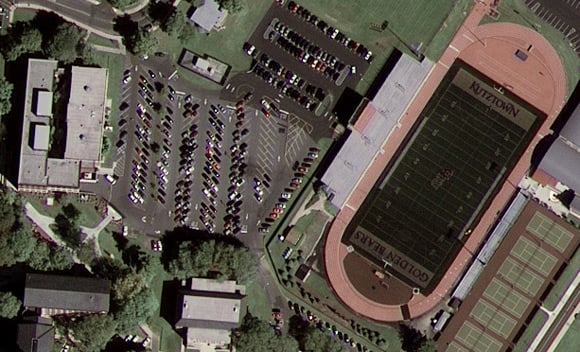 According to Cnet, commercial customers include Google, which has "an exclusive partnership to use the GeoEye-1 imagery for online services". The powers that be will also benefit from GeoEye-1's sharp eyesight. GeoEye's CEO, Bill Schuster, explained that the satellite is "an excellent fit to meet the US Government's important requirements for mapping and broad area space-based imagery collection over the next decade".