NSA spied on US aid workers, officers, and journalists in Baghdad 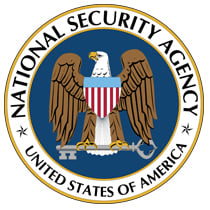 The US National Security Agency routinely spied on the phone calls of American military officers, journalists, and aid workers calling back home from Iraq, according to two former NSA operators.

The whistle blowers told ABC News that intercept officers listened to the personal conversations of hundreds of Americans "who are not in any way, shape or form associated with anything to do with terrorism" calling from satellite phones in Baghdad's Green Zone.

The (sadly) unsurprising accusations run contrary to the Bush Administration's insistence that it only eavesdrops on those with links to Al Qaeda unless it first obtains judicial approval.

Faulk described he would be told, "Hey, check this out, there's good phone sex or there's some pillow talk, pull up this call, it's really funny, go check it out. It would be some colonel making pillow talk and we would say, 'Wow, this was crazy.'"

"It was just always, that, you know, your job is not to question. Your job is to collect and pass on the information," she told ABC..

Both operators said despite abuses, the phone intercepts have helped identify terrorist planning and saved lives. But Kinne asserts the NSA spreading its wiretap dragnet indiscriminately hurts its ability to find useful information.

"We have requested all relevant information from the Bush Administration," he said. "The Committee will take whatever action is necessary."

Mind, the very same Senator Rockefeller was a major backer of granting retroactive immunity to telecommunication companies accused of illegally assisting the NSA in wiretapping American citizens. What he finds disturbing about the report is open to interpretation. ®