Review Western Digital offers its Caviar desktop drives in three varieties that are identified by a handy system of colour coding. Caviar Green is cool, quiet, eco-friendly and - to be frank - lacking in performance. In the mid-range, we have Caviar Blue, which offers performance and reliability with up to 16MB of cache and a maximum capacity of 750GB.

The high end is claimed by Caviar Black, which offers maximum performance thanks to a few tweaks that have been borrowed from the awesome VelociRaptor Enterprise drive. We’re looking at the Big Daddy WD1001FALS with 1TB of storage but if you prefer you can opt for a model with a smaller capacity of 750GB, 640GB or 500GB. 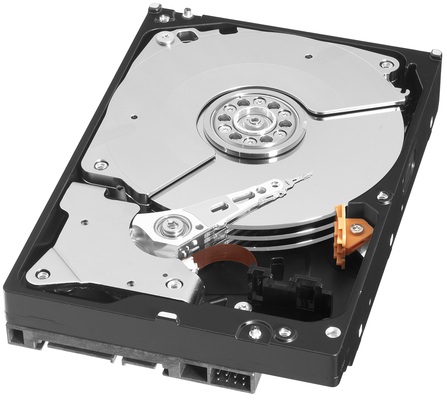 The capacity of a hard drive depends on a high areal density to reduce the number of platters and, in turn, read/write heads, which keeps costs down while also increasing performance. In the case of the Caviar Black, WD has crammed its terabyte of raw storage onto three platters, but this isn’t ground-breaking as Samsung managed the same trick with its SpinPoint F1 HDD six months ago.

It is, however, progress for WD, as the its previous terabyte drive, the RE2-GP, required four platters and eight heads to achieve that headline capacity.

The platter count has a marked effect on pricing, and the terabyte Caviar weighs in at £118. This yields a cost of 11.8p per gigabyte, which is rather steep. The other three members of the Caviar Black family are the 750GB, which also uses three platters and costs £93, raising the per-gig cost to 12.4p. The 640GB and 500GB each use two platters and cost £56 (8.8p/GB) and £48 (9.6p/GB), respectively. So the 640GB model is the value option but it still carries a premium compared to competing drives, which cost about 8p per GB. 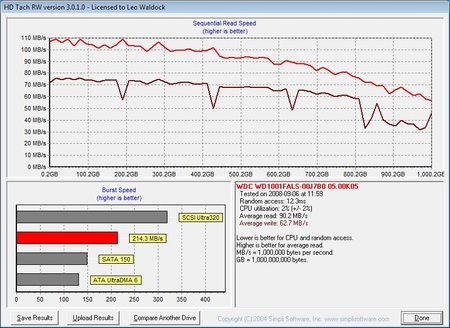 Each member of the Caviar Black family has 32MB of cache, which doesn’t seem strictly necessary but increasing the amount of cache seems to be a trend in the industry. Naturally, these performance drives operate at 7200rpm and support a 3Gb/s SATA interface.