Sony and the terrible, horrible, no good, very bad quarter

If the electronics/entertainment conglomerate ran a milk business, its cartons would read thusly: "Have you seen me? 90.1 per cent of our Q2 profits."

The cash abduction wasn't unexpected, however. Sony gave warning earlier this month that global economic woes were deflating stock, increasing price competition, and making the Yen stronger against the US dollar and the euro.

Video games continue to be Sony's checkbook hero – that is, revenue actually increased by a fair amount. But if you're looking for actual, tangible cash here, the princess is in another castle. 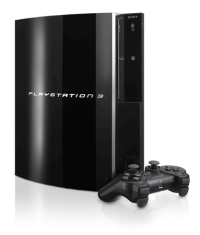 Trouble is, Sony sells the PS3 at a loss. Nothing terribly unusual about it. That's really just the nature of the beast until later in a console's life cycle.

Revenue decreased by 0.6 per cent year-over-year to ¥1,653.3bn despite higher sales of BRAVIA LCD televisions, VAIO PCs, and cheaper consumer cameras. Sony blames the drop on a strong Yen against the US dollar.

Second quarter sales increased 3.4 per cent year-over-year to ¥196.1bn. Sony credits the boffo box office performance of Hancock. But let's be fair here, Sony didn't have a similar theatrical release in Q2 2007. Other notable releases for sales were Step Brothers and Pineapple Express.</p

Sales at Sony BMG Music Entertainment dropped by 11 per cent to $762m in Q2 (it tracks music sales in US dollars). Sony claims it's largely due to the timing of new releases, combined with the growth in digital music sales not keeping up with declining sales of physical music.

Net income was a loss of $57m, compared to a loss of $8m in the same period last year. Sony says completing the deal of buying Bertelsmann's half of Sony BMG cost about $600m. ®