And still not by Apple

Tablet computing fans fed up with waiting for Apple to release a pen-powered Mac are at long last able to buy one thanks to US-based Mac upgrade specialist Other World Computing.

Slip OWC $1300 (£795/€1015) and send in your brand new metal MacBook, and the company will convert into a tablet it's calling the Axiotron Modbook.

OWC said it will also convert older, plastic-covered MacBooks and, as a bonus, it will equip every Modbook with an integrated GPS pick-up.

Beyond the price, there's a wee catch: while OWC will take your order today, it doesn't expect to ship any Modbooks out until early next year. 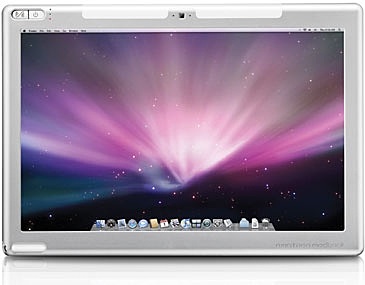 Still, that's not a long a wait as Apple would have tablet buffs endure.

Curiously, OWC's been here before. Back in 2007, it offered a similar MacBook-to-tablet conversion. A year before, another supplier offered 100 iTabs - originally called iTablets - on eBay.