Updated A senior Apple veep who oversaw the development of the iPod is reportedly leaving the company. 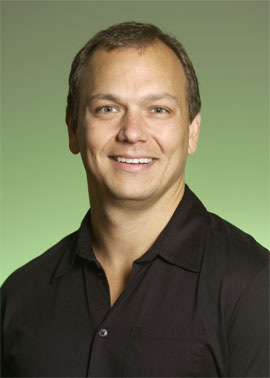 According to the Wall Street Journal, Tony Fadell, who was also involved in the development of the iPhone and reports directly to Steve Jobs, is understood to be stepping down from his role at Apple for personal reasons.

The paper cites people familiar with the matter on Fadell’s decision to walk, although Apple, which was not immediately available for comment at time of writing, is yet to release any official statement.

Fadell will be replaced by IBM veteran Mark Papermaster, said the WSJ.

Big Blue, which last week threw a sueball at Papermaster in the hope of halting any switch to its rival, hasn’t confirmed the Apple move, however.

Papermaster worked at IBM for 26 years, most recently on the firm’s “elite Integration & Values Team”. He has also been a key designer of Power processors and blade servers.

IBM filed a lawsuit against him on 22 October in the US District Court for the Southern District of New York in which it alleged that Papermaster was “privy to a whole host of trade secrets and confidences” used by Big Blue to design products. ®

Apple has since released a statement confirming that Fadell will significantly rein back his work at Cupertino to allow him to spend more time with his young family, however he is not leaving the company.

"Fadell will remain at Apple as an advisor to the CEO," said Apple.

It also announced that Papermaster has left IBM to replace Fadell's role at Apple. He will lead the iPod and iPhone teams as senior device hardware engineering veep reporting directly to Jobs.