The True Confessions of an Election Official

Inside the machinery of the 2008 vote

USA '08 I am a PEO, a Precinct Election Official in Iowa, working on the 2008 General Election. Iowa is the first Caucus in the US Presidential Election. It's considered a bellwether state and provided the first upset victory for Barack Obama.

Although I've been working with Information Technology for 25 years, the IT mechanics of our electoral system are unlike anything I've ever imagined. It is a monumental undertaking, involving two parallel IT systems - one on paper, and one in the computer. Some of the paperwork systems are positively antiquated, while the computer systems are cutting edge. Everything is done in duplicate, on the computer and on paper, taking at least twice as much effort as necessary.

Most of the people working within the system are dedicated, overworked people working more for the principles of Democracy than the money, but a few are positively incompetent. Fortunately, the audit trails find their mistakes.

The system is brilliant in its inefficiency. 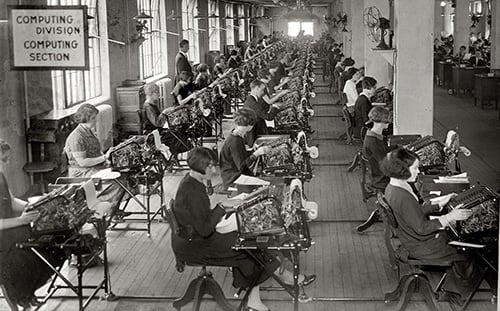 The elections office is a virtual corporation. During the months and years between major elections, it hibernates, with only a skeleton staff of a few professionals, working under the County Auditor. They consult with lawyers and lawmakers to prepare procedures and test systems that will be deployed for a few short weeks during election season.

Then as elections near, dozens of temporary workers (like me) are hired to work in the office and Early Voting "satellite sites," and hundreds of PEOs are hired to work on Election Day. The dormant system roars into life, populated by new workers and new equipment, works at a furious pace handling tens of thousands of voters, accelerating towards Election Day, then suddenly it is all over. The equipment is packed away and the workers disperse until the next election.

When I started the job, I took an oath to uphold the laws of the State. But because we work like robots at repetitive tasks, I use Robocop's Prime Directives instead: Serve the public trust, Protect the innocent and Uphold the law. This actually seems to fit all circumstances I encounter.

My job is to serve the public by assisting them in expressing their political will at the polls. I uphold the law by observing dozens of tiny bureaucratic obscurities that might invalidate their vote. But mostly, I protect the innocent voters. I primarily defend them from the other poll workers.

We argue endlessly about procedural issues, and of course people will argue the hardest for issues that matter the least. We argue about whether we initial forms in the upper left corner, or the right. I argue a little, then concede these trivial fights. But I don't concede when the issues are important and the consequences determine whether a voter can cast their ballot or not. Sometimes I defend the voters from themselves, they can be a menace to themselves and other voters, usually through misunderstandings of voting procedures.

To learn about the electoral system, voters ask me the strangest questions, thinking I know all the answers. I'm just a low-ranking temp, I wear a cheap plastic badge, but I don't speak on behalf of the County Auditor (especially in this article, which is my own opinion and definitely not authorized by anyone, especially the County Auditor).

For example, one person asked me if they cast an early vote, and then they died before Election Day, would their vote still count? I said I didn't know how the office could possibly know they died. Later, back in the office, I asked a Deputy about the question, she said, "well of course their vote wouldn't count. We get Death Certificates every day, we cancel their voter registration immediately, and pull any absentee ballots."

Voters often ask why they can't get a receipt to show how they voted. They can't because it is illegal. I call this the "Boss Tweed provision," you could take the receipt to a political boss for a payoff if you voted for his candidate.

One day, a voter came in with a sealed ballot envelope printed with a sticker from another site. I was shocked. This is called a "walk-out," he left the site with the ballot, and returned it the next day at a different site. You are not supposed to leave the site with the ballot, you must take it to a booth, fill it in, and immediately deposit it in the ballot box. I explained to the voter that he mustn't do this again because of the Boss Tweed provisions, and it was likely that his ballot would be invalidated.

But the polls were closed and it was too late to fix it. I left his ballot envelope with a higher-ranking official to decide how to save his vote. Another worker heard of this problem, I explained about Boss Tweed, he asked how the walk-out differed from a regular mail-in absentee ballot; after all, they could take their absentee ballot to Boss Tweed, mark it in his presence and seal the envelope in front of him, then he could give the payoff and drop it in the mail for the voter. I was caught flat-footed, I conceded this was a fair point. But it's not my job to interpret the law, merely to uphold it.

It is illegal to offer anything in reward for voting or registering to vote. We discovered one student campaign offering candy in exchange for registration. We had to ask them to make it clear they would give candy to anyone who wanted it, regardless of whether they registered or not.

But more amazingly, in one polling site inside the university's Political Science building, we had students ask us for proof they had voted, their PoliSci professors offered them extra credit for voting. We instructed them to inform their teachers that this is illegal. I asked one official if the law distinguished between tangible and intangible rewards. We debated it, but eventually avoided the issue by informally concluding that a higher grade was a tangible reward.

Next page: The voters
Page: