Intel celebrates Core i7 launch with Dell and Gateway

Intel celebrated the official launch of its Core i7 processor at an event last evening in San Francisco, featuring the first high-end desktops running the next-generation micro architecture.

It's spinning the chip family offering as "the fastest processor on the planet." Indeed, by our count, they're certainly monsters. Expensive little monsters. 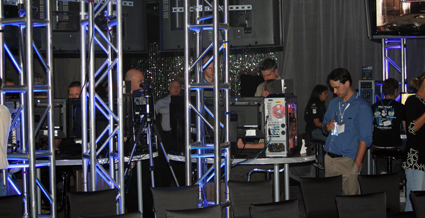 PC vendors jumping aboard with i7 for launch include Dell and Gateway (owned by Acer). Intel senior veep Pat Gelsinger said the company has already shipped about 100,000 Core i7 chips thus far and is expecting around 500 different systems to offer the processor line. 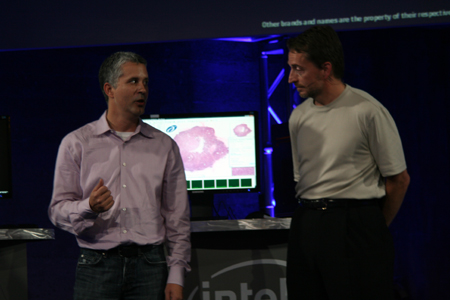 Acer's veep of desktop and server products Garry Elsasser said moving to the Core i7 was "the smoothest launch I've been involved in." He added the company has measured a 61 per cent performance improvement over same PC model offered last week by including the new chip.

Intel's Gelsinger said next up for the Core i7 family is chips designed for servers and workstations, which should debut in the first quarter of next year. Later in '09, Intel will pitch client versions of i7 with a little more mainstream price points. ®