'Wyse up and toss those PCs' 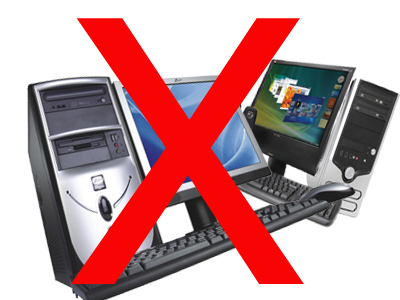 Jeff McNaught, the chief marketing officer for Wyse Technology, says Wyse is a counter-cyclical company because it makes more money when others in the IT industry are battening down their hatches and anticipating a spending downturn, like now.

He says: "Virtualisation has been a huge accelerator" on Wyse's business and his story goes like this: Microsoft's Terminal Services maintains a memory space partition for applications running on the terminals but each terminal's memory is not kept isolated from the others, which makes corruption possible. So you can use VMware to to run each session in a separate virtual machine which could run XP Professional or Vista plus terminal services. It uses RDP (Remote Desktop Protocol), he says, which means the end-point device is seen as more than a dumb terminal but not enough to be used by many knowledge workers.

Enter Wyse's thin client virtualisation software, which sits in a virtual machine and provides a kind of RDP+ which gives, he says, the full PC experience on Wyse thin client hardware. He adds that the Wyse thin client hardware, with Via or AMD microprocessors on board, is responsible for some sound and video processing which makes his company's thin client set-up better than HPs, which treats the end-point as "just a TV" and has the server do work that is off-loaded by Wyse onto the desktop thin clients.

This tasty dish sounds very well but the proof will be in the eating, and not every thing necessary to correct these claimed Windows Terminal Services faults is available from Wyse yet.

McNaught said that Wyse is working on its Project Renaissance technology, meaning a better thin client product, which will support dual-screen thin clients with 2560 x 1600 x 32-bit displays. The server component can support up to six of these displays. With that, McNaught claimed, "Basically, Wyse's thin client can substitute for any PC application you can think of".

For Wyse the recession is an opportunity to emphasise the traditional 'replace a $700 desktop PC with a $150 Wyse thin client' story. He piggybacks on virtualisation too by positioning the thin client server component as a way of overcoming what he says are Windows Terminal inadequacies and says that, pretty soon, Wyse's product can do anything a PC can.

McNaught could be right but, on the other hand, he could be just a wise guy. Check it out and see for yourself. ®