JFK would have gone for it, Mr Obama

A prominent US wargames and military crazytech expert has called for the Obama administration to build a large fleet of X-Men style stealth transport planes, able to deliver America's secret elite forces anywhere in the world regardless of the local government's wishes.

Robert Martinage, a senior wonk at the CSBA thinktank in Washington, describes himself as "an expert on defense strategy, military modernization, special operations, military revolutions, advanced technology and future warfare". He's spent fourteen years dungeon-mastering wargames for the Pentagon, written loads of learned wartech papers, and is a consultant to the renowned military bonkers-boffinry bureau DARPA. 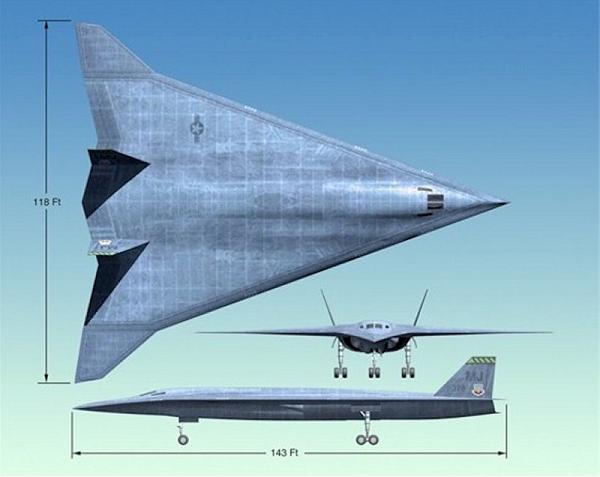 A combination of this ...

On Tuesday, Martinage's thinktank weighed in with its recommendations for the next four-yearly review of US military plans, scheduled for 2009 - the early days of the Obama presidency.

Martinage himself chipped in with his new paper (pdf) on reform of the US special-operations command (SOCOM), America's secret, elite supertrooper commando forces and their various supporting arms. The paper, Special Operations Forces: Future Challenges and Opportunities, makes lots of relatively dull recommendations about reorganising the Green Berets, Navy SEALs, Delta Force, Team Six, Force Recon, "the Activity" and all the rest of them.

More interestingly, however, Martinage focuses on SOCOM's current ageing, overworked longhaul air transport fleet. At the moment, the Air Force bit of SOCOM operates various specially-pimped versions of the venerable C-130 Hercules turboprop transport. Quite apart from being rather old and busted, however, these Combat Talons, Combat Spears and so on are already struggling to sneak covertly in and out of the countries that SOCOM needs them to. More and more often they are running into air-defence radar and infrared-search-&-track (IRST) nets that can't easily be flown under or around.

Meanwhile, it's widely thought that the mainstream US air force is working on a major "black" (secret) project which will produce a new "fourth generation" or "Ultra" stealth plane as a prototype or forerunner of the proposed Next Generation Bomber.

Northrop Grumman, the aerospace behemoth believed to be building the Stealth-4.0 black demonstrator, has lately chucked out a speculative paper suggesting that it would be nice if the US air force purchased a large fleet of supersonic, stealthy, perhaps robotic raygun-packing cyberbombers. These would presumably be developed versions of the machine they are working on now but can't openly advertise.

As Martinage sees it, SOCOM needs to get some new transport planes, and as it happens the normal air force wants to buy a big fleet of superstealth bombers. The prototype is being built now. It would make sense, he thinks, to add a modified special-ops version to the next-gen bomber fleet, reducing unit costs for the bombers and bringing the cost to SOCOM down to something it could afford.

Martinage notes that SOCOM has been kicking ideas for a low-observable (LO, another name for stealth) paratroop or transport plane around for ages, often under the title "M-X". He quotes spec-ops colonel William Saier as writing:

Aircraft and crew can’t fly any lower or any faster; night can’t become any darker; adverse weather isn’t something one can conjure up when needed; there are areas in the world where there is no terrain to hide in ... [SOCOM] needs a new LO aircraft to remain relevant in the future.

Martinage reckons that the M-X should be in service by 2020. He thinks that it should be capable of 4,500 nautical-mile range, carry perhaps seven or ten tonnes of commando supertroopers and their gear, and cruise at 40,000 feet at the very least - "preferably closer to 50,000". Also, of course, it should have Stealth 4-dot-0.

In other words, the M-X should be roughly speaking a large, black, stealthed variant on a private jet - very much the same type of ride favoured by Professor Xavier and his mutant superhero henchmen.

The SOCOM M-X would be great to have, says Martinage, as it would "enable clandestine operations under conditions that would be impossible today". A footnote explains that, just for instance, it would be possible to drop off SOCOM operatives anywhere in China without anyone finding out. No mention is made of how they would get home again, however.

Martinage admits that there would be some difficulties to be overcome. The next-gen stealth superbomber, if it ever appears, might well have performance of the sort wanted. Turning a bomb bay into a heated and pressurised passenger compartment shouldn't be too hard. But "reconfiguring the engines to support an altitude/speed envelope that is consistent with special operations freefall" could be a bit of an issue. Even the gutsiest, maddest SOCOM supertroopers seldom jump from any higher than 35,000 feet at present - that's the upper limit the John F Kennedy Special Warfare Center admits training them to, anyway.

Jumps from 40,000 or 50,000 feet at "high subsonic" speed would be serious business indeed. An experimental jump was made from a balloon at 100,000 feet back in 1960, but airforce captain Joseph Kittinger required something not very different from a space suit to achieve this. SOCOM operators are already very heavily burdened on HALO or HAHO* jumps. Adding a pressure suit and full life-support system might not be practical. On the other hand, descending to 35,000 feet with bay doors open might play havoc with the X-transport's stealthiness.

To be honest, however, this is the kind of problem that jump-happy supertroopers love to solve. Indeed, they may be working on less extreme variations even now. Your correspondent once spoke with a Royal Air Force pilot who flew Nimrod maritime-patrol planes. He claimed that SAS enthusiasts had asked to carry out parachute jumps from high altitude, exiting from his plane's unheated, unpressurised weapons bay - just to see if they could.

It wouldn't be at all surprising to find that similar SOCOM maniacs already have their eyes on the bomb bay of the existing B-2 stealth bomber. Indeed, the idea is an obvious one once you start thinking about such things. In the specwar/sex'n'violence thriller Ghost**, for instance, a unit of Navy SEALs parachute from a B-2 bomb bay over Syria at 40,000 feet - although in a nod to realism, two of them are dead before they reach the ground.

Then, the generally one-way nature of all parachute ops does suggest that Martinage has actually missed out a very desirable feature in his list of M-X specs. One of the best attributes of the current C-130 variants is their ability to land on rough, damaged or improvised airstrips, or just bits of flat ground or road in a pinch, allowing SOCOM to get out as well as in.