Episode Three Considering that Linux netbooks are designed to present a simplified interface that can be used by complete newbies, it's amazing how buzzy hackers have become about them. Even people who wouldn't consider themselves hardcore techies love to tinker under these machines' hoods. 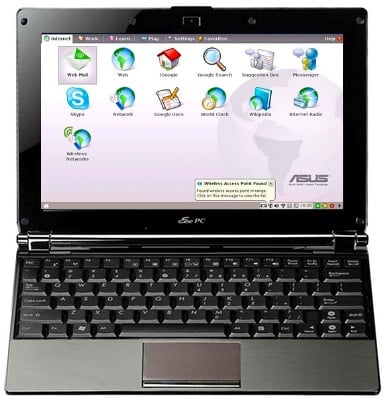 Yes, from the hardended hacker's point of view, the various Linux distros on netbooks like the MSI Wind, the Acer Aspire One and the Asus Eee PC are dumbed down, and the real hacker solution is to take the supplied OS off altogether and start again with a fresh full distribution like Ubuntu - this would be a prime candidate. But that's not the thrust of this series, and there's much that can be done without taking that drastic step. For example, AA1 users can start by switching into Advanced Mode like this:

Open up a terminal - Files > My Documents, or any of the icons in the Files group, will open the File Manager, and you'll find Terminal in the File menu.

As we saw in Episode One, the AA1 interface is built using a lightweight Linux window manager called Xfce. We can get to its settings manager with the command:

Click the Desktop icon and bring up the Desktop Preferences dialogue box. You can make some minimal cosmetic changes to the desktop with the appearance tab, but what we want is the second tab marked 'Behaviour'. Put a tick in the box marked 'Show desktop menu on right click'. Close the dialogue box, close the XFCE Settings Manager, and close the terminal window. 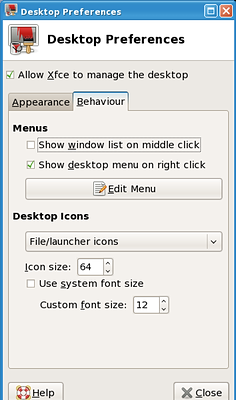 Now a right-click anywhere on the standard desktop will bring up the Desktop Menu. This menu is largely a text-based duplication of what you can do from the standard icon-based desktop, but also includes a number of very interesting advanced options.

The top item in the Settings Menu is the Settings Manager that we just visited. Selecting this menu item produces exactly the same results as that xfce-setting-show command we typed into the command line. Try it.

In fact, the GUI is just a front-end to the command line. You'll discover that most of the Linux interface is built along these lines, the real heavy lifting being done by off-screen command-line operations, with the GUI front-end pulling the strings. To see how this works, select Settings/Menu Editor. In the left-hand column is the entry that appears in the menu against, in the right-hand column, the command that will be run as a result of picking that entry.