Nokia could be running out of useable model numbers, because it’s been forced to borrow one from a discontinued handset in order to launch its latest slick slider.

The new 6260 supposedly lets you quickly access applications on the main menu thanks, in part, to the phone’s 360° “navi-key”, which Nokia said drops the old compass-point four-way control in favour of a button that operates in any direction. 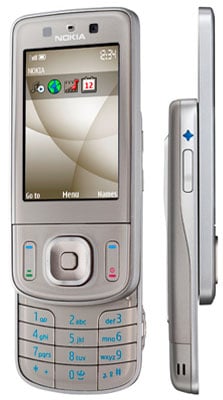 The handsets hosts both Wi-Fi and 3G connections, so you’ll be able to upload pictures taken on the five-megapixel camera to, say, Facebook very quickly.

Assisted GPS is present under the 6260’s sliding hood too and the talker comes with Nokia Maps pre-installed, which will be handy for getting you home after much merriment in the pub.