In essence, the HD 4830 is four-fifths of the HD 4850 but it seems that AMD had last-minute thoughts about the specification of this model. Soon after review samples were sent out, there were emails galore stating that samples may have 560 shaders instead of the correct 640 and these emails were followed with Bios files to update the samples to the correct spec. 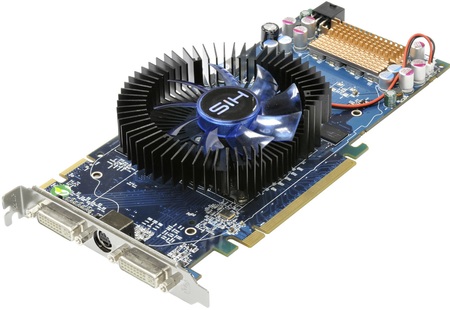 To add to our woes GPU-Z didn’t recognise the HD 4830 and merely described it as an HD 4800, so it was tricky to get a clear idea about the internal workings of the chip.

By the time we’d finished updating Bios, our reference design and samples from HIS and Sapphire were essentially identical apart from the coolers, package and price. The HIS is both quieter and cheaper than the Sapphire, but we prefer the appearance and cooling of the reference design.

The performance of the HD 4830 is impressive when compared to the HD 4850 - provided you use 3DMark as your test. In Far Cry 2 the gap opens up but once again this appears to be a question of driver performance, so we’re going out on a limb to say that HD 4830 is good now and will be very good by Christmas.