This Old Box, Holiday Edition The holiday season has returned to Silicon Valley!

With the holiday spirit in mind, we return to the Computer History Museum in Googleton Mountain View for a very special edition of This Old Box.

Let us first ponder: We've discussed several important computers in this erratically-released column. Many of these units, along their notable triumphs, come with a fair share of faults – be it a 23-pound frame on a supposedly portable PC, or the occasional electromagnetic pulse on start-up that destroys all storage tapes in the area. You can't make lemonade without some lemons.

But none, to this reporter's knowledge, sold a total of zero units. That's because hitting the big goose egg so squarely is actually rather difficult. Everyone has a mother, after all. A computer that no fool on Earth would purchase requires machinery so decadent and impractical, so awash up in the dream that super-science will simplify our lives, that it could only arrive in a Neiman-Marcus holiday catalog.

And so we explore the Honeywell Kitchen Computer. Made exclusively for the housewife that has everything but tangible proof her husband is a clueless jackass. 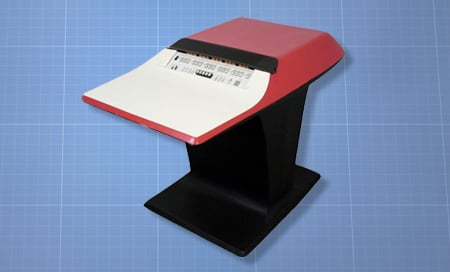 The Kitchen Computer was featured in the 1969 Neiman-Marcus holiday catalog as a cutting-edge PC made for suburban housewives to store their recipes. Not that the system performed its singular task well.