Wireless comms and the end of civilisation

Characters in the recent BBC remake of Survivors seem curiously ill-informed about how the UK's communications infrastructure would deal with the collapse of civilisation, so in an attempt to ensure Reg readers are better-equipped we present a wireless guide to the apocalypse.

For those who too young to remember the original, and too socially active to have seen the remake, Survivors posits a plague that kills off the vast majority of the population within a period of weeks - leaving a random selection of survivors to try and build a brave new world. The original series hints at a laboratory accident, and a well-travelled scientist, while the new version seems to have an altogether more sinister cause. The first episode of the remake was shown last week in the UK, the original series is available on DVD but please try to avoid watching beyond the first season - you'll only be disappointed.

In 1975, when the first version of Survivors was broadcast, it was permissible to ignore wireless communications, and to assume that fixed infrastructure would fall apart pretty quickly once people started dying. But these days our infrastructure is much more autonomous and robust, and extensive plans exist to keep things running even as the world falls apart around us. 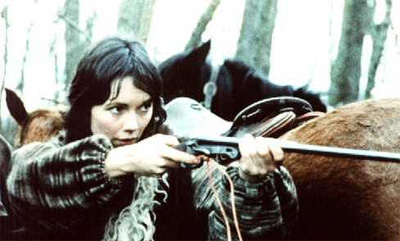 The original Survivors was broadcast before the transistor enabled cheap electronics everywhere - the only nod to radio communications was a school master running a receiver on a line of car batteries, who tells our hero that the rest of the world is equally screwed and promptly disappears. The next thing we know Gregg is talking about laying miles of wire between communities, though by the time that becomes possible the pox gets him.

The remake simply chooses to ignore decades of development which should ensure that communication is maintained long enough to allow centralised control of the remaining population. In addition to a telephone network with its own power generation and delivery infrastructure, we have mobile communications networks that are capable of operation well beyond the end of the world as we know it.

The UK government even has a policy on Resilient Communications, while BT employs 50 full-time staff looking at how the network would cope with social and physical breakdown. This is not to mention the various volunteers making up Raynet,- the wireless comms equivalent to the St John's Ambulance, and that's not including the military's capabilities.

The current TV series pretty much ignores radio, pausing only to establish that mobile phones aren't working any more, and in that at least the program is right. GSM base stations run on normal mains power, so will fail soon after the grid fails. Local batteries may allow an hour or two's grace and base stations in hospitals, or any place with its own generated power, will last as long as the local power does. However, the GSM standard is based on centralised control - the connections to which could easily disappear once the national power grid goes down.

Not that most of us will be able to make a call anyway: in an emergency the government will likely invoke ACCOLC (Access Overload Control), which limits outgoing mobile calls to those registered with the network operators by government agencies.

Fixed infrastructure should fare much better. Normal phones receive power down the phone line from the local exchange, and those automatically switch to batteries and/or generators, and should be operational for 14 days after the national grid disappears - or well into episode 3 of Survivors. BT also maintains a number of container-based mobile exchanges, which can be deployed outside a disaster area, though in this instance that's not going to help.

The UK government can also call on BT to activate the Government Telephone Preference Scheme (GTPS), a rather draconian measure that cuts off every telephone not previously registered with BT as being exempt. Unlike ACCOLC the GTPS blocks both incoming and outgoing calls - those cut off don't even get a dial-tone. GTPS is being replaced with a priority system as part of BT's next-generation network, but how advanced that will be when the plague strikes is anyone's guess.