End of the USB key as we know it?

Stuck wondering what you're going to stick into your new PC's eSATA port? Memory specialist OCZ has the answer: a USB-style eSATA thumb drive.

While there's not enough power coming through an eSATA port to run a full-size drive, OCZ clearly believes there's enough juice for up to 32GB of Flash storage. 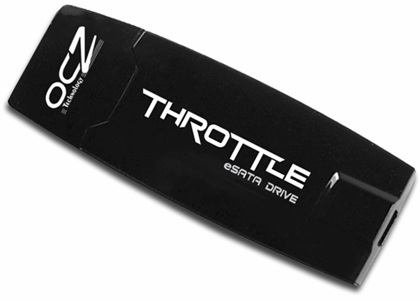 OCZ's Throttle eSATA: the end of the USB stick as we know it?

It claimed the Throttle eSATA drive, as the product's called, delivers a read speed of up to 90MB/s and writes at up to 30MB/s.

No eSATA port just yet? Fear not, the Throttle eSATA also has a mini USB port and cable so you can connect it in the usual way.