How Warcraft reigned supreme in 2008

Due a Jedi ass kickin'?

Another year gone, and Blizzard's World of Warcraft remains the unrivaled champion of the massive multiplayer online (MMO) genre, and - in many ways - PC gaming in general.

At its feet lay 2008's pile of would-be "WoW-killers" left charred, battered, and wondering what Blizzard's four-year-old creation has that they lack.

"WoW-killer" is the marketing kiss of death in this town. Just as sure as "iPod-killer," or "Google-killer" is for digital music players and internet search. But the money's too good in the MMO genre for there not to be a constant stream of challengers. And there's profits to be had by owning the number two - hell, the twenty-second-best selling MMO out there.

But why can't anybody beat WoW after all this time? 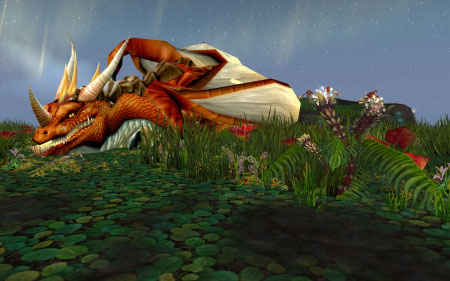 The two biggest challengers to WoW this year were Funcom's Age of Conan and Electronic Arts' Warhammer Online. Both games are modeled on fictional universes preceding WoW mythos by many years, and with built-in fan bases similar to what WoW enjoyed back at its 2004 debut.

Measuring accurately who's really winning this market is difficult because solid information on how many people are playing any given MMO is hard to come by. Companies tout subscription numbers that are - at best - vague in making a distinction between free trial, actual paying accounts and uncanceled subscriptions.

Fully-conscious of the smoke blown up our arses, let's go with what we have and compare 2008's challengers. In October, before Blizzard released the astronomically successful WoW expansion Wrath of the Lich King, EA claimed to have 800,000 Warhammer subscribers. Funcom's latest count in November for Age of Conan was 700,000 subscribers. Blizzard, meanwhile, said it had more than 11 million.

With numbers like these it's not hard to see why everyone wants a stake in the gold rush. Next year, therefore, will see even more MMO releases on the market. There will be superhero MMOs like Champions Online, and DC Universe Online, sci-fi MMOs like Star Trek Online and Star Wars: The Old Republic - there's even a Lego MMO scheduled for 2009.

But what happened to this year's new entrants and why did WoW come out on top? Age of Conan had an extremely rough start, with plenty of bugs and incomplete content for higher level characters when it was pushed out. Warhammer seemed to have a smoother launch but as the year closes it already appears to be losing its audience in the face of WoW's latest expansion.

The real killer, though, seemed to be simply that everyone plays WoW because that's what everyone is playing. Why?

The game's success certainly isn't based on innovation. WoW adds very few tricks to the MMO genre as a whole. Almost everything it does, other MMOs have done before. The types of quests the player is assigned, the way players battle, the classes of characters to choose from, the game's setting, commerce, transportation - it's all been done before.

If you've got no OS of your own, you've got little chance to compete, Firefox maker sighs
Applications23 Sep 2022 | 73