NASA will give away old Shuttles for free

NASA has announced plans for disposal of the Space Shuttle fleet and spare main engines. The space agency intends to donate one orbiter to the Smithsonian museum, and give the others to "educational institutions, science museums, and other appropriate organizations".

The proud new owners will need to stump up an estimated $42m in decommissioning and delivery charges for a shuttle and $400-$800k for a main engine, exclusive of shipping. 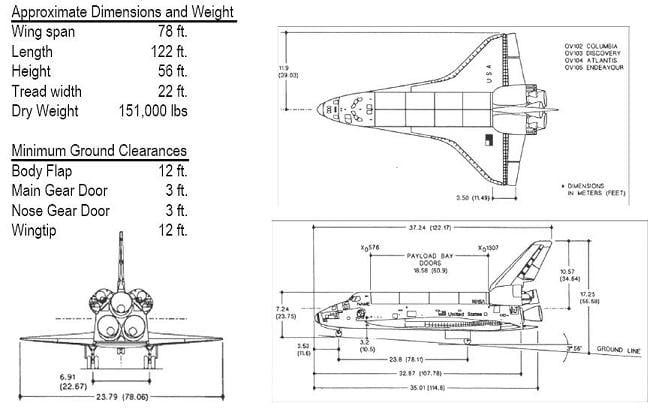 It's not going in the garden shed.

According to the NASA request for proposals (pdf):

Due to the significance of the Space Shuttle Orbiters and the role they have played in the Nation’s space program, special attention will be paid to ensuring they will retire to appropriate places. NASA is keenly aware of the essential value of these key assets to the space program’s rich history... Orbiters would be available for donation no earlier than September 30, 2011. NASA desires to ferry the Orbiters to their final destinations no later than May 31, 2012.

However, there's a caveat. The NASA Act of 2008 keeps Pre-President Obama's options open. Should he order a continuation of shuttle operations beyond the planned cutoff date, currently set at September 30, 2010, NASA must remain ready to follow that order.

[The law] further directs NASA to “terminate or suspend any activity of the Agency that, if continued between the date of enactment of this Act and April 30, 2009, would preclude the continued safe and effective flight of the Space Shuttle after fiscal year 2010 if the President inaugurated on January 20, 2009, were to make a determination to delay the Space Shuttle’s scheduled retirement.”

So you might not get your shuttle after all, if President Obama says he still needs it.

Also, budding supervillains planning to establish secret launch sites under volcanoes and such and use the secondhand spaceships to visit private orbital habitat lairs take note. You will have to do a lot of paperwork.

The organizations that ultimately receive a Space Shuttle Orbiter or SSME hardware must abide by the International Traffic in Arms Regulations... The Orbiters and SSMEs are export controlled. The Space Shuttle Orbiters and SSMEs shall not be transferred to foreign persons, in the US or abroad, or exported out of the US, without notification to NASA and the specific approval/export license from the Department of State...

Anyone who manages to wade through that, and stump up the $42m for an orbiter, will be relieved to hear that this charge includes $6m to have it delivered on the back of a NASA jumbo jet. But you'll need an 8,000 to 10,000 foot runway handy depending on altitude, along with a pretty large building to keep your shuttle in:

The space agency says that after the Smithsonian gets its orbiter, the remaining two will go to the applicants best meeting the agency's aims of showcasing the US space programme. They reckon to keep a few main engines in operating condition for their own future use, but anticipate handing out from six to ten along with the airframes.

We were obviously going to have a Reg reader appeal and place a shuttle in full carrion-eater paintjob on the roof of Vulture Towers, but they weigh 68 tonnes and the climate-control requirement would have been a bit tricky - not to mention the customs paperwork. ®