The website for American Express has once again been bitten by security bugs that could expose its considerable base of customers to attacks that steal their login credentials.

The notice comes days after The Register reported Amex unnecessarily put its users at risk by failing to fix a glaring vulnerability more than two weeks after a security research first alerted company employees to the problem. An Amex spokesman later said the hole had been plugged.

It turns out that's not the case. The cross-site scripting (XSS) error that makes it trivial for attackers to steal americanexpress.com user's authentication cookies is alive and kicking. The confusion stems from a mistake made by many application developers who incorrectly assume that the root cause of a vulnerability is closed as soon as a particular exploit no longer works. 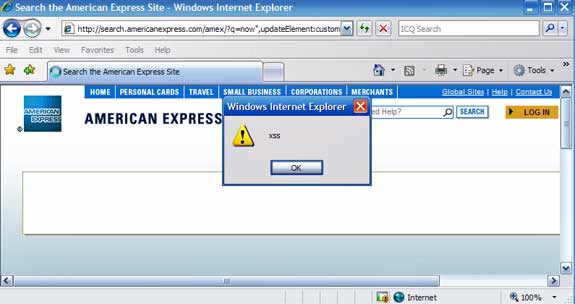 "They did not address the problem," said Joshua D. Abraham, a web-security consultant for Boston-based Rapid7. "They addressed an instance of the problem. You want to look at the whole application and say where could similar issues exist?"

At least two separate sources appeared to discover the XSS hole remained open. Researcher Kristian Erik Hermansen brought it to our attention, and crafted this proof of concept that shows how a rogue website could exploit the bug to siphon a person's americanexpress.com cookie, which helps authenticate users after they enter their user ID and password. A few hours later, Moscow-based SecurityLab.ru put out this advisory.

The botched fix appears to be the result of web developers who fixed the problem for HTTP requestsbased on the get protocol but not the separate post protocol as well. 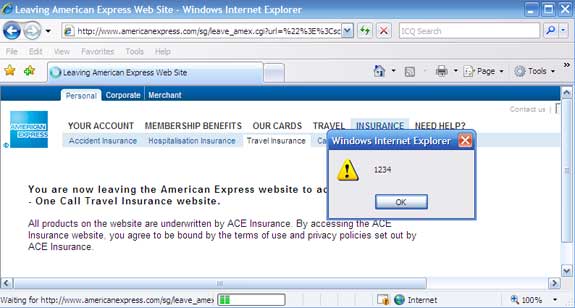 This bug was first publicly disclosed in April 2007

It came as a separate XSS error on americanexpress.com was brought to our attention. The weakness was publicly disclosed on a security website forum in April 2007, raising questions about the diligence of Amex security employees in sniffing out and fixing vulnerabilities that could be used to defraud the company's customers.

A company spokeswoman said security is a top concern at Amex and said company employees would investigate the two reported vulnerabilities.

We have no reason to doubt the sincerity of her claim that security is important at Amex, but we still can't understand why the company makes it so hard for researchers to report these kind of vulnerabilities. XSS errors typically can be fixed in a matter of minutes. Just think how much better protected customers would be if the company had an email address or section on its website dedicated to vulnerability reports. ®