NASA has announced the award of two multibillion dollar contracts for commercial companies to lift cargo to the International Space Station (ISS) in the post-Shuttle era. Deals have been inked with former PayPal kingpin Elon Musk's SpaceX venture, and with Orbital Sciences Corporation of Virginia. 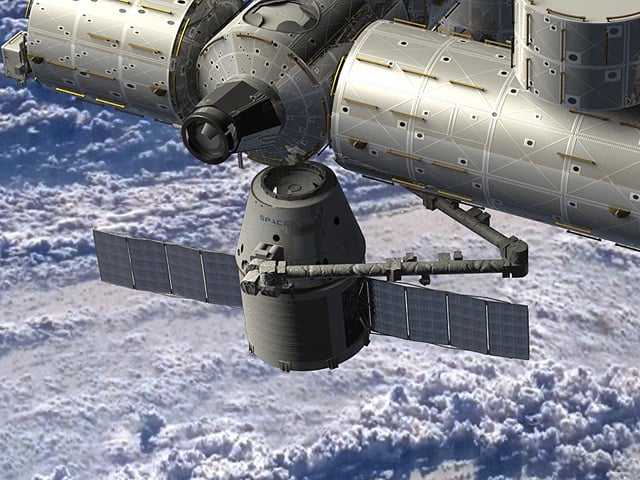 That will be $133 million dollars, sir

“The SpaceX team is honored to have been selected by NASA as the winner of the Cargo Resupply Services contract,” said Musk. “This is a tremendous responsibility.”

“The CRS program will serve as a showcase for the types of commercial services U.S. space companies can offer NASA," added Orbital's David Thompson.

The deals announced yesterday will see each of the two companies lifting 20 tonnes to the ISS. SpaceX will use its planned Falcon 9 rocket and Dragon capsule, and Orbital intends to develop its Taurus II medium-lift rocket carrying a Cygnus spacecraft. Both companies will deliver both pressurised and unpressurised cargoes to the station.

NASA estimates that it will wind up spending a total of $3.5bn on the two Commercial Resupply Services deals, with the proportion of cash going to each company depending on how well that company's programme goes. At present, the flight schedule calls for eight flights for "about $1.9bn" from Orbital, and 12 flights for "about $1.6bn" from SpaceX. These figures could change, however, in the event of delays or mishaps at either company.

SpaceX has recently achieved a successful orbital flight with its inaugural Falcon 1 rocket on the fourth attempt. Orbital says it has conducted 54 launch missions since 1990. These have mostly been small satellites boosted by the Pegasus rocket, which is launched from a modified TriStar airliner at 40,000 feet.

Overall, each kilo of cargo delivered to the station by commercial resupply will cost NASA $87,500. The Shuttle was said to carry stuff to orbit for $44,000 per kg, but that didn't include development costs. ®