London's Soho has become a thriving media rendering and animation centre, with creative media professionals using the latest model IT gear in shiny studios between buildings full of 'models' selling the oldest professional services of all.

Framestore is one of these new companies bolstering Soho's image. It did the post-production work on The Golden Compass, winning Oscar and BAFTA awards for its trouble. The armoured polar bear it animated for that movie had 200 million individual hairs which moved as the bear moved. Rendering it needed a lot of kit.

Framestore is the largest visual effects and computer animation studio in Europe. It has more than 20 years of experience in digital film and video technology, and employs 800 or so staff out of three buildings in Soho, with another office based in New York. 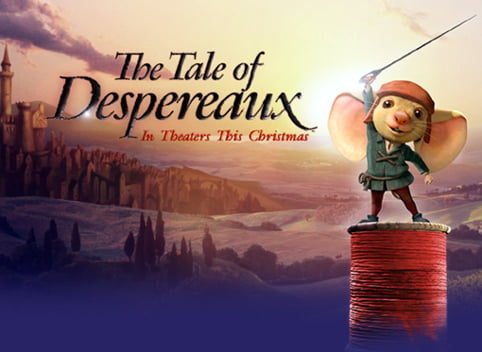 The Tale of Despereaux: How many hairs under that hat?

The company has just finished a two-year project rendering the Universal Studios cartoon feature The Tale of Despereaux, and that needed probably the largest CGI rendering supercomputer in Europe to do the job. The voice cast includes Dustin Hoffman, Kevin Kline, Sigourney Weaver and Robbie Coltrane. The movie is an animation of the 2003 fantasy book of the same name by Kate DiCamillo and it's about a cute mouse, Despereaux Tilling, who has exceptionally large ears. A rat named Roscuro, voiced by Dustin Hoffman, is the villain.

The Despereaux project wasn't quite as hairy as The Golden Compass though, as there were only 413,138 hairs on the rodent's head.

The work was complicated because the Framestore creatives had been briefed to create a 'look' for the full-length cartoon based on the Dutch Masters with relatively soft lighting and detailed shadows. There was a fixed deadline, meaning animation proceeded in parallel with the development of the processing needed to render the Vermeer-esque final look.

This parallel approach increased render farm and storage demands, because many intermediate stages of production data had to be retained to avoid unnecessary animation rework whilst the fine tuning of the lighting effects and colour was worked on. There were several specialist teams working in parallel with the rendering, the lighting work being concentrated more towards the end of the project.

Why Dell CPUs for the render farm? Framestore's technology director Steve Prescott said: "They're the people who can react the quickest. We ordered 1,000 cores and they delivered it five days later. HP just can't react as quickly."

Next page: The Lustre cluster
Page: