Troll hits for 53 points of damage

On Christmas Eve, South Korean game developer NCSoft received a lawsuit in its stocking from a Massachusetts firm that claims to hold an extremely broad patent for developing online virtual worlds.

The legal complaint from Worlds.com alleges NCsoft infringed on its patent for a "system and method for enabling users to interact in a virtual space." The lawsuit fingers nearly all of NCsoft's catalog of massive multiplayer games sold in the US, including City of Heroes, Guild Wars, Tabula Rasa , Lineage, and Lineage II.

Worlds.com's lawsuit seeks a permanent injunction on NCsoft's supposedly infringing MMO wares, an unspecified amount of damages along with prejudgment and postjudgement interest, or "in no event less than a reasonable royalty."

A client computer program provides instructions for a processor to locate and retrieve rich media and HTML files over a network, such as the internet, an internet or an LAN, for running in a three-dimensional (3D) graphical user interface. The program provides instructions for the processor to generate a 3D graphical user interface on a display. Then, the processor generates a metaphorical user object for navigating and interacting in the three dimensions within the environment via navigational and interactional inputs, respectively, from a user. The processor also integrates an HTML object into the environment, and interacts the user object with the HTML object in response to an interactional input from the user. 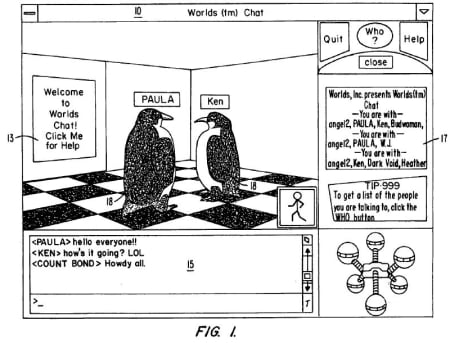 For example, the user interface of Everquest – a MMO released March 1999 – shares more than a few design traits in common with World.com's patent. 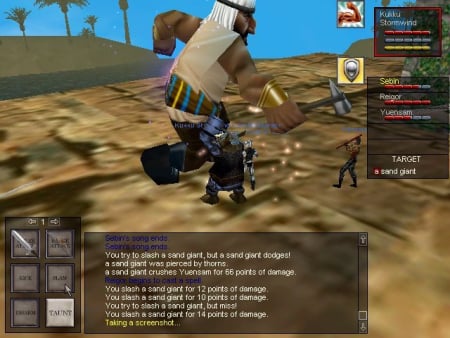 Earlier this month, Worlds.com hired the IP enforcement firm General Patent Corperation (GPC) to enforce its patents. The company indicated Worlds.com may be planning an industry-wide shakedown on its MMO patents.

In the legal filing, Worlds.com said that given an opportunity to investigate, it is likely to find evidence that NCSoft willfully and deliberately infringed on its patent. ®