Review Big-name film directors Steven Spielberg and James Cameron seem to think that 3D is the future of the film industry. Sky predicts that it'll be broadcasting programmes in 3D within just a few years. And now you can get in on the act as well, thanks to Minoru – the world’s first 3D webcam.

Yes, you do have to wear silly cardboard glasses while you’re using it. 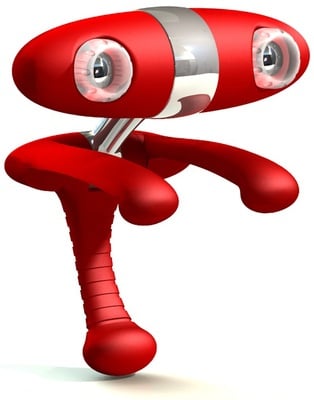 According to developer PDT, ‘minoru’ is the Japanese word for ‘reality’, and the aim of the Minoru webcam is to capture 3D images that are more realistic than the 2D pictures that we normally see on a computer screen. The Minoru uses the same ‘anaglyph’ technique as 3D classics such as Jaws 3D, in which two separate images – one tinted red, the other blue – are superimposed one on the other and then viewed though coloured glasses that have suitably hued lens. This creates a kind of ‘visual stereo’ effect that has more depth than a conventional 2D image.

In order to create the two separate images, the Minoru webcam is equipped with two separate lenses – in effect, it’s two webcams bolted together. This has the handy side-effect of giving it a big-headed, goggle-eyed look that is more than a little reminiscent of ET, especially with its 'begging dog' tripod limbs turned forward.

The overall effect is to make the Minoru look eye-catchingly cute in order to grab your attention, and then clinch the sale with the promise of that 3D imagery. There are also two microphones in the ‘ears’ of the unit, so you can record sound with it as well, or use your PC’s own audio input and a separate microphone if you prefer. 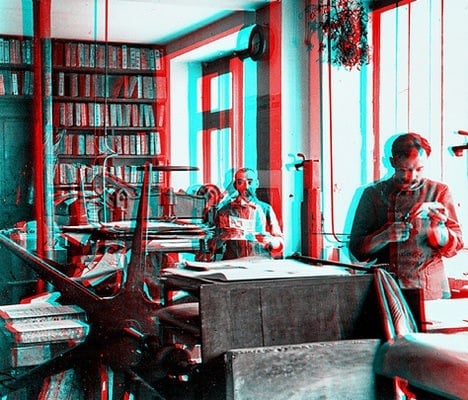 In practice, the Minoru works pretty much like a conventional webcam, and can be plugged straight into a USB 2.0 port - the manual states that it won’t work with USB 1.x. It also states that you need a PC with a 2.4GHz processor, running either Windows XP or Vista - there’s no Mac support - although we managed to run it quite well on an old 1.8GHz Toshiba laptop.