AMD has mushed out its new 'Yukon' mobile platform today, which is set to indirectly compete with Intel's Atom platform in slim, low-cost portable PCs.

AMD claims Yukon fits a price and performance gap between low-cost netbooks and beefier notebook PCs - a new category which the chipmaker was so kind to have designated for us as "ultrathin notebooks". Mark that in your notes.

"In introducing the AMD ultrathin notebook platform, AMD enables a balanced PC performance, including the option of advanced graphics and video for true HD entertainment, all in an affordable, ultrathin notebook, bringing consumers uncompromised mobility," philosophized Chris Cloran, veep of AMD's client division in a statement. 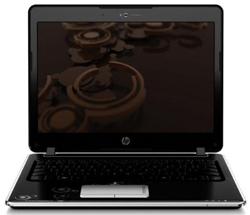 The single-core Athlon Neo chip runs at 1.6GHz, with a 512KB L2 cache and a thermal envelope of 15 watts. It was jointly developed with Hewlett-Packard, which not coincidentally will debut the first laptop with the Yukon platform.

First out of the pen is the HP Pavilion dv2 Entertainment Notebook PC, set to "officially" unveiled at the Consumer Electronics Show. The computer sports a 12.1-inch screen, up to 4GB of DDR2 memory, ATI Mobility Radeon HD 3410 graphics, and an HDD ranging from 160GB-500GB. The Pavilion dv2 weighs only 3.8 pounds in its base configuration — in part due to its lack of an internal optical drive. It can support an external Blu-Ray player, although that would be a questionable benefit considering the small screen.

The starting price for the Pavilion dv2 is about $700. The notebook ultrathin notebook is expected to be available in April. ®