No need for bog roll

Holidays in space are the next big thing, according to Richard Branson. So the Japanese Aerospace Exploration Agency has begun working on a wearable toilet for use among the stars. 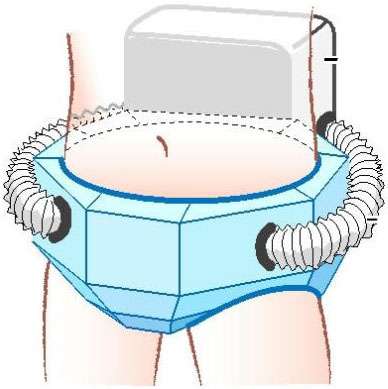 the hi-tech space nappy is designed to be worn at all times by anyone in space, The Daily Yomiuri, a Japanese paper reports (in English). When the wearer feels the urge to go, they can let rip, safe in the knowledge that everything’s contained inside the device.

vacuum sensors inside the wearable toilet detect dirt and the unit automatically sucks mess away from the wearer’s skin through two pipes that feed into a container unit around the back of the device.

A washing and drying routine is then initiated to keep the wearer nice and clean. A sprinkling of talcum powder is probably optional.

The space nappy could also have several uses on Earth, including for bed-bound people and the elderly.

A possible launch date hasn’t been announced yet. ®