Swivelling screen for tablet use

CES Asus has treated CES attendees to a preview of its upcoming touchscreen Eee PC. 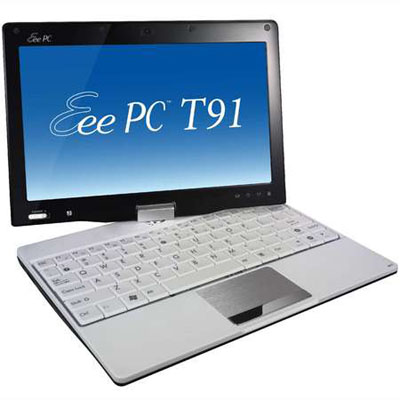 The T91’s screen measures 8.9in and can swivel to turn the machine into a tablet PC. It weighs in at roughly 2lbs, but is only 1in thick.

Many of the machine’s specifications have been kept secret for the time being. But, we do know that the T91’s powered by Intel’s Z520 Atom processor.

The model shown off at CES only sported a 1GB memory, according to online reports.

On-board GPS and an integrated TV tuner will be available as optional extras.

A launch date and price hasn’t been confirmed.