Once again, Major League Baseball's website has been caught serving ads designed to infect its considerable base of visitors with malware that trashes their machines. 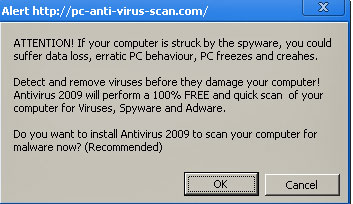 ScanSafe, a company that provides malware scanning for large companies, tracked banner ads served from the popular website for more than 72 hours. The ads use a modus operandi that's all too common: They present visitors with a popup masquerading as a Windows dialog box that informs them their machine has been struck by spyware and offers a rogue anti-virus program that supposedly will fix the problem.

ScanSafe researcher Mary Landesman said the outbreak first landed on her radar screen on January 4. She searched in vain for a way to alert MLB administrators to the problem. While her customers were immune to the threat, she spent the next couple of days watching helplessly as the attack continued unabated.

"They definitely don't make it easy," Landesman said. "Across the line, there really needs to be better accountability, in particular for sites that are really high profile."

Indeed, last month, a dangerous cross-site scripting bug on the American Express website festered for more than two weeks even after the researcher who spotted it repeatedly tried to report it to company officials. It was fixed within an hour of being reported by The Register.

It's not the first time MLB.com has served malicious ads. In late 2007, ads dished out on the site performed drive-by downloads that silently infected many of its users. ®

MLB spokesman Matthew Gould said the tainted ads were the result of an individual who claimed to sell ads through a company the website has done business with before. After the scam came to light, MLB officials discovered this individual had no affiliation with the company, which Gould declined to name because he says MLB is pursuing legal action.

Gould said MLB officials believe the ads were taken down on Monday, less than 24 hours after going live. "As soon as we were made aware of the problem we removed the ad in all instances across our network," he said.

Fans or researchers who discover vulnerabilities in the site can report them using this form.