How the Google stole Christmas

A heart two sizes too small

According to Richard Stokes and AdGooRoo - which tracks Google ad placements from servers across the globe - the Chocolate Factory showed 57 per cent more ads per page in the fourth quarter than it did in Q3. Yes, 57 per cent. Midway through the quarter, AdGooRoo saw an 84 per cent leap. This despite a worldwide financial crisis of epic proportions. Yahoo!'s search ad coverage stayed essentially flat in Q4 relative to Q3, AdGooRoo says, while Microsoft's coverage went down.

"You would definitely expect to see some increase in Google's coverage, due to the fact that it's the holiday season," Stokes says. "But it looks like Google is reversing some of the changes they made this year, so that more ads are now appearing." 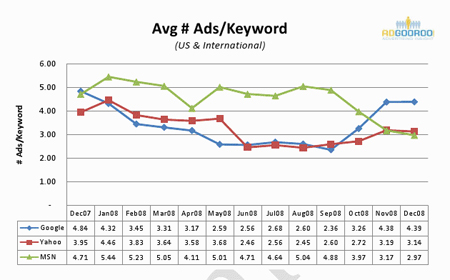 This we knew. Sergey Brin and company admitted as much during their Q2 and Q3 earnings calls. Clearly, as the Meltdown hit, Google decided it was a fine time to crank up its top-secret money machine.

The company insists that recent algorithm tweaks are designed to improve ad "quality." But we find it hard to believe that an effort to improve ad quality results in 57 per cent more ads per page. "I think you're being far more astute than almost everyone I talk to," Stokes told us.

When Google says "quality," it may mean click-through-rate. But if you're an advertiser, quality and click-through-rate are hardly synonymous. Each click boosts Google's bottom line - though not necessarily yours.

Stokes argues that click-for-click, Yahoo! and Microsoft are more adept at generating leads than the Google monopoly. But advertisers still put themselves at the mercy of Mountain View. "There's some pretty good ROI to be found on Yahoo!, much better than Google. But the volume is so much higher on Google," he says. "It takes just as much effort to manage a Yahoo! or Microsoft campaign as a Google campaign, so advertisers - many of whom are shorthanded - are going to choose Google."

And so, this Christmas, amidst the worst economic crisis since The Great Depression, Google capped off what will surely be the most lucrative quarter in its history. That's the word from AdGooRoo's servers. And we have no reason to doubt them.

Lessons to be learned from Google and Oracle's datacenter heatstroke